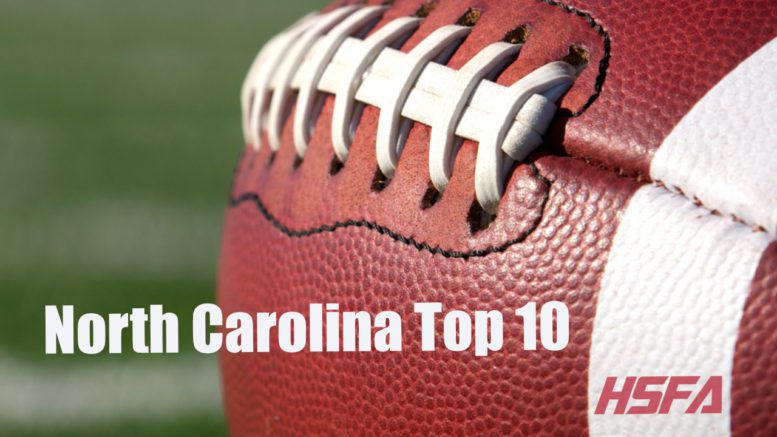 Three North Carolina teams busted into the High School Football America 100 on Sunday, which puts the top four teams in our North Carolina Top 10 in our national rankings.

While top-ranked Mallard Creek didn’t get to play its showdown against South Carolina top dog Dutch Fork, Hough blasted Harding University High School, which began the preseason ranked No. 89 in our national rankings, 56-6 to move into the national rankings and move to No. 2 in the statewide poll that is created with our proprietary algorithm. Hough is ranked No. 90 nationally.

Two-time state champ Wake Forest is ranked No. 92 in our national poll, while Charlotte Christian breaks the century mark at No. 100 after beating Charlotte Catholic 6-0. CC entered the game ranked No. 113 in our preseason rankings.