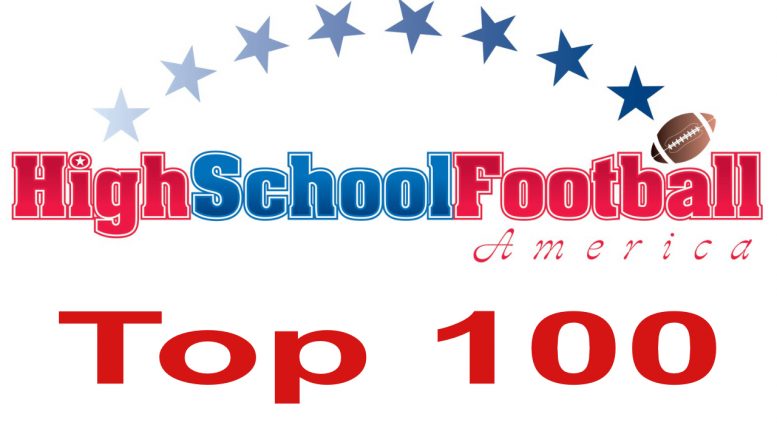 Buckle-up Southern California high school football fans, 2017 could be a whole lot of déjà vu all over again with St. John Bosco and Mater Dei ready to take their rivalry to the national championship stage. Both teams are loaded with talent and find themselves No. 1 and No. 2 in the High School Football America Top 100 that is created with our proprietary algorithm that uses 15 criteria.

Now, as the creator of the algorithm, I need to point-out that the formula I created in 2013 and continue to tweak each year, is really designed to work best in-season when we have real data from real games. I remind you of this every year, so that you don’t go into fits of rage if your team isn’t exactly where you think they should be on July 17.

Once the games begin, the algorithm will do what it has done very well for the past four years — statistically analyze the best of the best and crown a “mythical” national champ just before Christmas.

St. John Bosco, which plays one of the toughest schedules in the country, begins 2017 as the No. 1 team in the High School Football America Top 100. The Braves will make two cross-country trips this season, which will be a real test for the 2016 California Interscholastic Federation Open Division champs. Both of those matches will be against teams that are ranked in our preseason Top 100 — No. 14 St. Thomas Aquinas (Fort Lauderdale, FL) and No. 31 St. John’s College High School (Washington, D.C.). Aside from its always tough Trinity League schedule, the Braves will also face preseason No. 95 Chaminade in 2017.

Bosco, which finished No. 2 in our final 2016 national rankings, returns lots of talent on both sides of the ball with the offense being triggered by Iowa State-recruit quarterback Re-al Mitchell. Defensively, the Braves will be led by Ohio State-recruit Jaiden Woodbey, who is ranked as the No. 35 overall college football prospect in the nation, according to 247Sports’ Composite Rankings for the Class of 2018.

Mater Dei, which finished No. 14 in our final 2016 national rankings, returns 10 of 11 starters on offense, including senior wide receiver Amon-Ra St. Brown, who is currently listed as the No. 12 overall recruit in America, according to the 247Sports composite rankings, and junior quarterback J.T. Daniels, who is listed as the No. 2 overall prospect in the Class of 2019 after throwing 100 TD passes in his first two seasons.

Like Bosco, Mater Dei has a challenging non-league schedule with match-ups against preseason No. 4 Bishop Gorman (Nevada) and No. 15 Bergen Catholic (New Jersey). Unlike the Braves who will have to travel across several times for its big games, Mater Dei will play both of their big games in Southern California.

As the late baseball Hall of Famer Ernie Banks, who I’ve had dinner with several times, might say, 2017 is going to be beautiful — let’s play two…again. The regular season match-up is set for October 13. Part Deux is to be determined.

Our three-time national champ Allen (Texas) falls-in at No. 3 in our preseason poll. The Eagles, who haven’t lost a regular season games since 2012, are pinning their hopes on dual-threat quarterback Grant Tisdale, who is listed as the No. 2 overall dual QB recruit in the Class of 2019.

Our defending national champ Bishop Gorman starts 2017 at No. 4 with its usual slate of tough out-of-state games. The Gaels will open with No. 13 DeMatha (Maryland) on August 25 on national television, followed by No. 2 Mater Dei on September 1, No. 63 Miami Central (Florida) on September 8 and No. 21 De La Salle (California) on September 16. Of those four games, only the Mater Dei game will be played away from Fertitta Field.

The biggest job for head coach Kenny Sanchez is transitioning the team from Tate Martell’s leadership to UCLA-recruit Dorian Thompson-Robinson. Martell, who is now at Ohio State, was undefeated as Gorman’s QB.

IMG, which is made-up from top players from around the country and is not eligible to participate in the Florida state playoffs will play nine teams ranked in the Top 100 this year — No. 10 Corona Centennial (California), No. 11 Chandler (Arizona), No. 25 East (Utah), No. 31 St. John’s College High School (Washington, D.C.), No. 49 Carol City (Florida), No. 58 St. Frances Academy (Maryland), No. 64 Bishop Sullivan (Virginia) and No. 83 Miami Northwestern (Florida).

New Jersey makes a strong showing with three teams in the Top 15 and five in the Top 30. Leading the way is St. Joseph Regional (Montvale) at No. 7, followed by St. Peter’s Prep at No. 9 and Bergen Catholic at No. 15. Don Bosco Prep, without legendary head coach Greg Toal, is No. 26 and Paramus Catholic is at No. 30. DePaul is ranked No. 75 to start the season.

At No. 8 is Hoover, which has finished in our national rankings three of the last four years under our algorithm. The defending 7A champs are one of three Alabama schools in the rankings. Central-Phenix City is No. 71, while Hewitt-Trussville is ranked No. 91.

Corona Centennial (California) with Elite 11 quarterback Tanner McKee rounds-out the Top 10 at No. 10.

In all, 27 states are represented in the Preseason Top 100, plus Washington, D.C.  Below you’ll find the entire Top 100.

As I mentioned, Texas leads the way with 16 teams, followed by Florida with 12, California with nine, Georgia with six, New Jersey and Ohio with six each and Indiana, Louisiana and Pennsylvania have four teams each in the preseason poll. Alabama, Arizona, Maryland, Oklahoma and South Carolina have three teams each in the preseason Top 100.  Illinois, Nevada, Tennessee and Utah have two teams in the Top 100 each.  Arkansas, Colorado, Hawaii, Kentucky, Michigan, Mississippi, Missouri, North Carolina, Virginia and Washington, D.C. have one team each in the poll.

Our first in-season poll will be released August 20. As we have for the past two years, we will release our national rankings every Sunday.

Mater Dei tops No. 3 Servite to solidify its spot at No. 1 in the California Top 25 high school football rankings