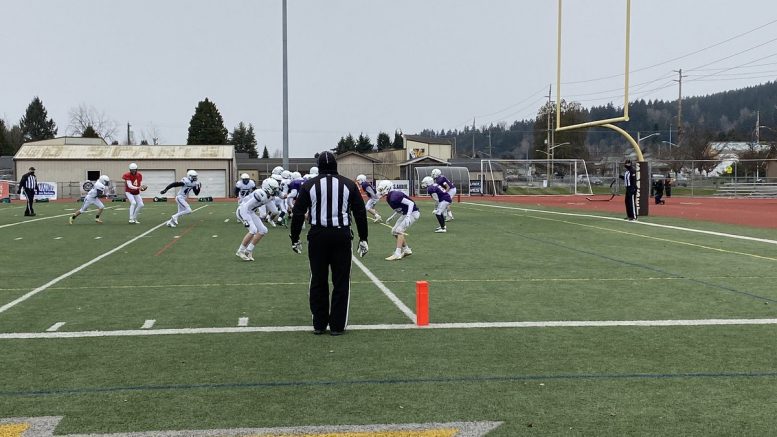 After missing the entire 2020 fall high school football season due to the coronavirus pandemic, high school football fans in the State of Washington are now disappointed with Mother Nature. A winter storm blew into the northwest causing many schools postpone or cancel their season opening exhibition/jamboree games. Schools across the state have been practicing since February 1 for a shortened regular season.

Gig Harbor and Curtis did get their exhibition game in with snow on the turf.

We have football. Gig Harbor hosting Curtis at Roy Anderson Field in an exhibition game. pic.twitter.com/lf3nMwafuk

It’s strange photographing football in the middle of February. pic.twitter.com/xtfxIJ19tX

Sunset Chev Stadium hosted Peninsula and Sumner on Friday afternoon. The other game between Bonney Lake and Stadium was cancelled when Tacoma schools cancelled their events.

Game day at Sunset Chev Stadium today! First HS athletic contests hosted in our district for over a year!
Two varsity football jamborees today:
3:00 Peninsula vs Sumner; 4:30 Stadium vs Bonney Lake. Due to COVID- no fans, but check school web for streaming pic.twitter.com/OPUphWOnZi

Washington is the first state, of those that delayed the 2020 season, to play actual games in 2021.

Below are the this weekend’s games that have been rescheduled or cancelled.

Mossyrock at Naselle, moved to Monday

Onalaska vs. Napavine, moved to Monday

Talolah at Winlock, moved to Tuesday

Tenino at Montesano, moved to Monday

Toledo at Ranier, moved to Monday

We’ll update this story throughout the weekend.

West Virginia pushes back start of regular season a week