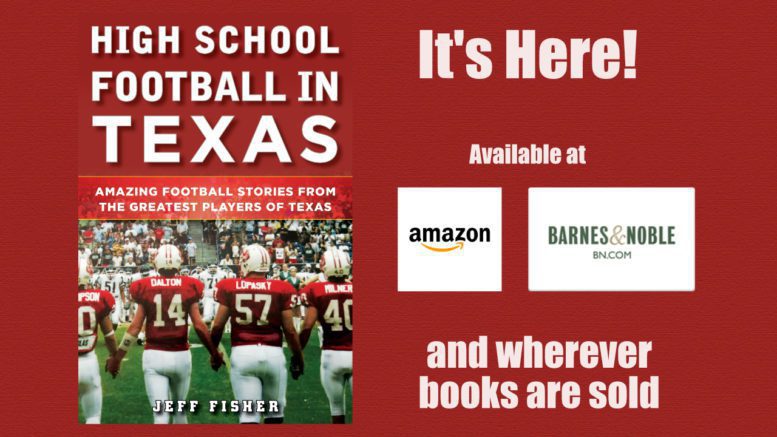 It’s a great day. After what seemed like an eternity, my book is officially released!

The book takes readers on a journey with dozens of NFL players, nine of whom are in the Pro Football Hall of Fame, back to their days in high school in Texas. In addition to the interviews with the players, I spoke to a wide array of parents, coaches and fans about the players who are an integral part of the Texas high school football fabric that is woven into every community in the Lone Star State.

My #txhsfb book table of contents. A Who’s Who in my first book.
Pre-order for shipping on September 4https://t.co/0iYJK1bBF8https://t.co/E7YZkWmhQR pic.twitter.com/wn1IErPcTd

Related: Who’s in the Book