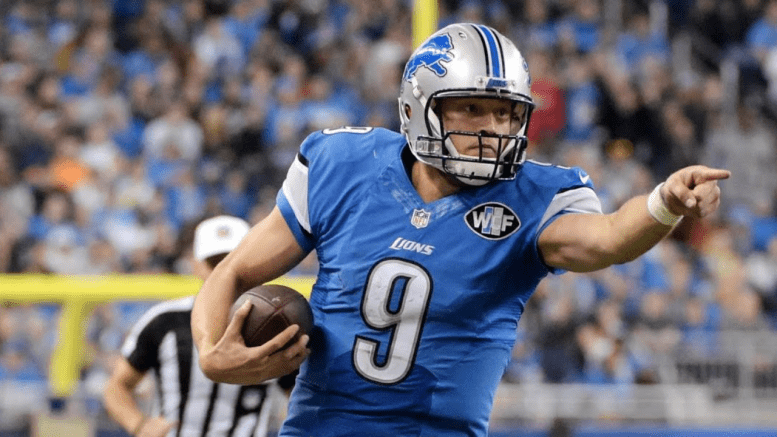 The Detroit Lions are playing in just their second NFL playoff game in 15 years today in Dallas.  The man behind those two appearances is quarterback Matthew Stafford, who grew-up just down the road from the Cowboys’ AT&T Stadium in North Texas.

Stafford played at Highland Park High School, leading the school to a state title as a senior in 2005.  During his senior season, Stafford threw for over 4,000 yards, even though he missed the first three games of the year with a knee injury. He was named to the Parade All-America team.

Above listen to Stafford’s high school coach Randy Allen talk about Stafford’s days with the Scots. Allen is considered one of the best coaches in America with a lifetime record of 337-82-6.  Allen has been Highland Park’s coach since 1999.