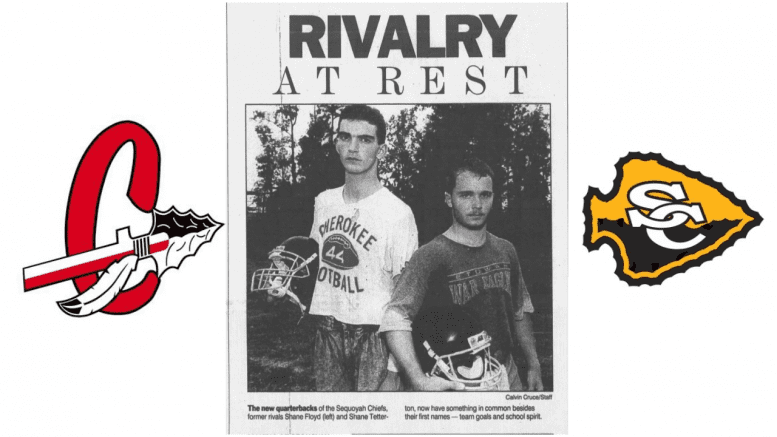 When Sequoyah High School opened in 1990, a new rivalry was born for Cherokee, the original high school (Canton High) in the county. Friday night, the Warriors and Chiefs will meet for the 26th time with Sequoyah leading the all-time series 14-10-1.

Juniors and seniors at Cherokee and Etowah (the second oldest school in the Cherokee County School District) had the choice of staying in their old school boundaries or heading to the new school on Hickory Road.

Below, I found a cool Friday Flashback-type photo from the Atlanta Journal-Constitution in 1990. It shows two Sequoyah quarterbacks, who the year before played a Cherokee and Etowah, respectively. 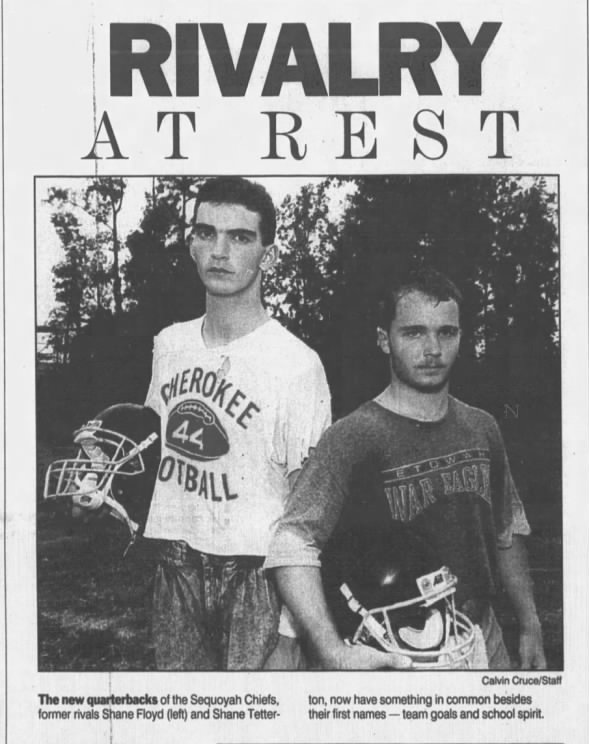 Cherokee won the first game in the series on August 31, 1990. The 55-12 victory wasn’t covered in the AJC, except for the final score. However, I did find one more photo below.

“It’s not a three-way rivalry; it’s Etowah and Cherokee against us,” said Sequoyah’s first Athletic Director Skip Pope, who tragically was killed an automobile accident about a year later.

Pope, who is a member of the Cherokee County Sports Hall of Fame, was a member of Cherokee’s undefeated 1972 football team.

The Chiefs stadium is named in honor of him.

You can listen to the game on YouTube by Steve Majors Sports by clicking here or Chief TV here.