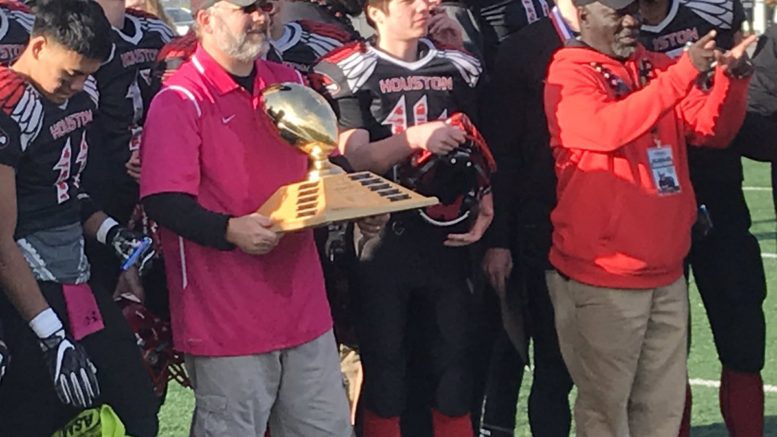 Houston head coach Glenn Nelson said the following to the Anchorage Daily News after the game:

“You always dream about this as a kid when you’re playing and when you start coaching you always dream of that happening. To do it with no losses. … It’s pretty special to share with these guys.”

The win caps an incredible season for the program and community, located north of Anchorage, that in August 2018 was hit hard with a 7.0 earthquake. The quake damaged the high school so badly that it had to be combined with the middle school.

Leading the way for the Hawks on Saturday was Gavin Mulhaney who ran for 174 yards. Houston also beat the Whalers during the regular season 18-7 in Week 3.

One interesting fact about this game was that the two schools are separated by 18-hours with Barrow being the only school located above the Arctic Circle.

Colony and West open Alaska Division I playoffs with wins