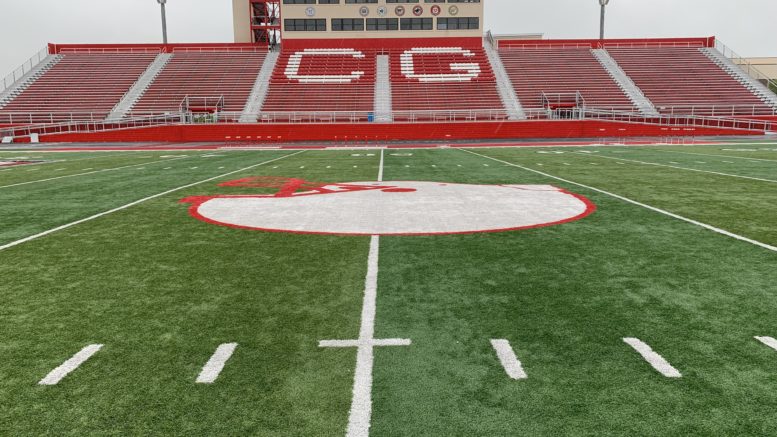 While many wondered if the 2020 high school football season would ever begin in the Hoosier State because of the coronavirus pandemic, the regular season is here with Week 1 games beginning Friday night.

The most unexpected matchup of opening night was the one between No. 2 Center Grove and Decatur Central. The two were supposed to meet other teams in Week 1.

Luckily, Center Grove and Decatur Central were scheduled to meet next week, so schools officials decided to move that game up by a week.

On the field, the Trojans, who would have been ranked No. 83 in our Pre-COVID Preseason High School Football America 100, rolled to a 56-14 victory.

Top-ranked Carmel, which would have opened No. 66 in our national rankings, opened with a 31-6 victory against Plainfield. Quarterback Zach Osborne ran for a team-high 58-yards and threw for 109. He ran for three scores and tossed one to Colton Parker.

Next week, the defending 6A champs take-on No. 9 Cathedral, which opened with a 56-20 win over Westfield.

No. 4 Brownsburg showed it’s deserving of its preseason ranking with a 38-7 defeat of No. 6 Ben Davis, which gave head coach John Hart is 300th career victory. Ben Davis was going after its 500th all-time victory.

Lawrence North beat No. 5 Avon 62-34. Explosive quarterback Donaven McCulley ran for 157 yards and was 9-for-13 passing with 248 yards and four touchdowns.

No. 7 North Central double-up Fishers 40-20. The Panthers racked-up over 500 yards in total offense behind QB Zayd Vestal, who threw for 384 yards and five scores.