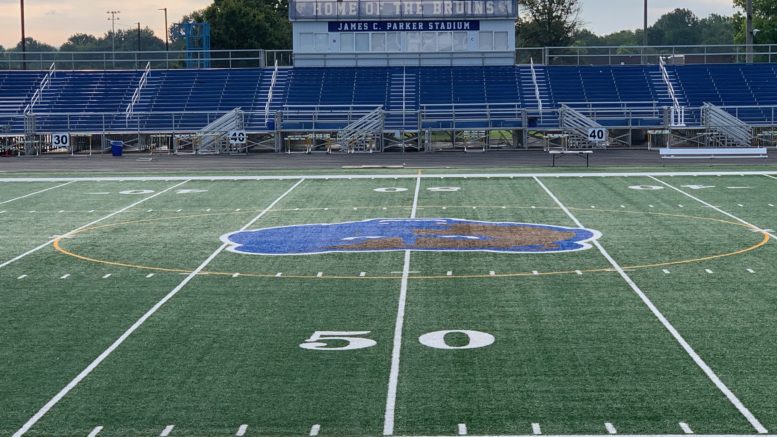 The 2020 Tennessee high school football season is underway. Friday night, all five of our Preseason Top 10 teams claimed their first victories of the season.

Top-ranked and defending 6A champ Maryville beat William Blount 49-7. Junior running back Parker McGill led the Rebels with 98 yards on ten carries with three touchdowns, all coming in the first half.

Maryville, which owns 17 state titles, was scheduled to start 2020 ranked No. 29 in the High School Football America 100 before the coronavirus pandemic ripped apart the 2020.

Speaking of the Preseason 100, Oakland would have been No. 77 in the nation, if we had moved forward with that ranking. The No. 2 Patriots opened the 2020 season Friday night with a 42-10 win over Hendersonville. Antonio Patterson ran for 122 yards with four touchdowns.

Brentwood Academy head coach Cody White missed the game due to being quarantined after his wife was diagnosed with COVID-19. White will also miss next week’s game.

No. 10 Brentwood rolled to a 47-12 win over Nolensville with quarterback Cade Granzow throwing three touchdowns and running for one.

Saturday, No. 3 Alcoa will start its journey for its sixth straight state title when the Tornadoes host Blackman.

No. 3 Alcoa vs. Blackman, Saturday