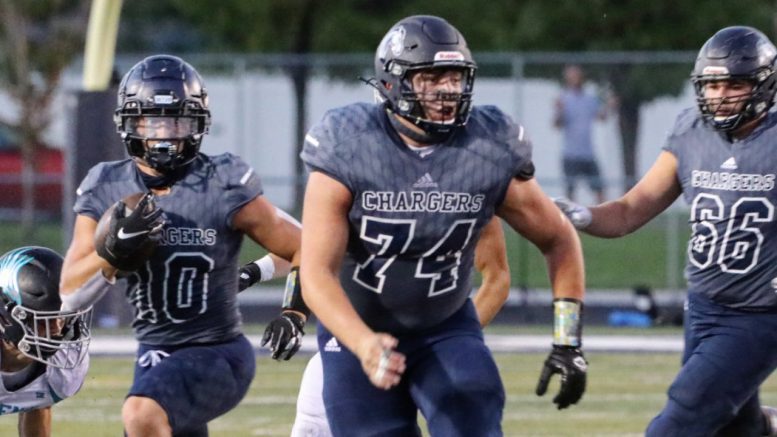 After missing Week 1 due to a COVID-19 quarantine, No. 2 Bingham opened the 2020 Utah high school football season with a surprising 35-7 loss to No. 9 Skyridge. Sophomore quarterback McCae Hillstead tossed four touchdowns. Bingham hadn’t lost a season opener since 2008.

The Skyridge Defense will get their due this week on Rewind, but when you've got a sophmore…repeat…A SOPHMORE accounting for 5 TDs against Bingham, we have to marvel at it.@mccaehillstead is a weapon & we get 3 years to appreciate it! @skyridgefb @JacobCHatch pic.twitter.com/o7nuntgyWF

The Bingham-Skyridge game was one of three intra-Top 10 matchups this weekend.

No. 3 American Fork beat No. 8 Timpview 31-21. Maybe the most interesting thing about this one was the fact that American Fork Athletic Director Jeremy Lewis stopped the game in the first half because he felt that fans weren’t complying with COVID-19 safety standards. After a short delay, the game resumed and American Fork moved to 2-0 on the season.

He would not allow play to resume until fans followed the guidelines. pic.twitter.com/PdGFMFDT4N

No. 7 Pleasant Grove received a scare from Maple Mountain. After getting out to a 19-0 lead, PG held-on for a 19-14 victory.

A shuffle in Week 6 of the High School Football America Utah Top 10 that sets-up a No. 1 vs. No. 2 matchup