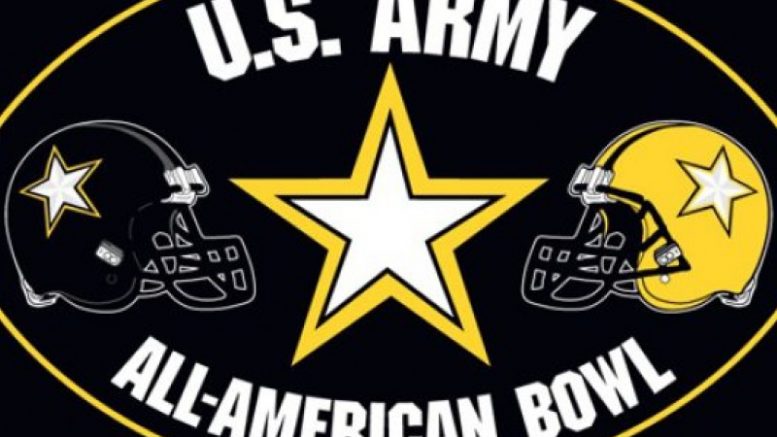 SAN ANTONIO — East quarterbacks Jake Fromm and Hunter Johnson looked sharp in throwing two first-half touchdowns to lead their team to a 27-17 defeat of the West in the U.S. Army All-American Bowl on Saturday.

Deep passing patterns are difficult in all-star games, where players haven’t had a chance to figure out each other’s timing, but Fromm, who is headed to Georgia, and Johnson, who is headed to Clemson found a way.

Fromm, from Houston County (Warner-Robins, Ga.), found Florida State commit D.J. Matthews of Trinity Christian (Jacksonville, Fla.) on a post route and Matthews outran Salvon Ahmed and Bruce Jordan-Swilling for a 76-yard touchdown pass to put the East up 14-3 in the second quarter.

WHAT WE LEARNED: Five observations from the Army Bowl

NAJEE: No. 1 overall recruit still not saying where he’s going

Johnson, from Brownsburg (Ind.) led the East to its first touchdown. After connecting with Michigan commit Donovan Peoples-Jones from Cass Tech (Detroit) for a 19-yard first down on his first pass, he tossed a 61-yard touchdown pass to Henry Ruggs III on a wheel route with 6:20 to go in the first half. Ruggs, from Robert E. Lee (Montgomery, Ala.), outran defensive back K.J. Jarrell to the end zone.

Johnson, who threw for 91 yards and the one touchdown, was named the winner of the Pete Dawkins Trophy as the game’s MVP. On Monday, he said he plans to be on the campus at Clemson, where he’ll watch the Tigers play Alabama on TV for the national championship.

“It was a blast, so much fun,” Johnson said. “I could not have expected a better time.”

Johnson said because there was so much man coverage, the deep routes were always a possibility.

“A lot of that was those receivers,” he said. “Those are some pretty fast dudes. It was great to see those guys get in the end zone. We knew with the coverages they run this week we would have some chances to take some shots and we took advantage of it. I went over the top and put it out there for him.”

Fromm, who threw for 89 yards and a touchdown, gave credit to his offensive line.

“They just told us if we got a certain look to take advantage of it and I just threw it up and our offensive line did a good job of protecting,” he said. “It was a big-time experience just being able to be on the same field as these guys.”

The East went up 20-3 early in the third quarter on a 49-yard field goal by Joseph Bulovas, a Georgia Tech commit from Mandeville (La.). Florida State commit Cam Akers, from Clinton (Miss.), capped the scoring for the East on a 12-yard touchdown with 6:46 to go.

The West wasn’t done, however, as two big plays brought them back in it. The first was a 72-yard kickoff return by Deommodore Lenoir of Salesian (Los Angeles). Then Ohio State commit Tate Martell, a quarterback from Bishop Gorman (Las Vegas), broke it up the middle for an 18-yard touchdown to cut the East’s lead to 20-10 early in the third quarter.

The final point came on a return of a blocked field goal by Bubba Bolden from Bishop Gorman. Bolden leaped over the offensive line, took the ball off the kicker’s foot and then recovered the fumble before dashing to the end zone. (The game rules prohibit rushing the kicker, but no flag was thrown.)

RELATED: The live commitments during the game

Levi Draper of Collinsville, Okla., made the first big play of the day, recovering a fumbled punt return by Jeffrey Okudah of South Grand Prairie (Grand Prairie, Texas) to give the West the ball at the East 32 early in the second quarter. The West was unable to capitalize, however. Shawn Robinson’s two attempted tosses into the end zone from his own 25 were incomplete and Brandon Ruiz’s 37-yard field goal missed right.

Michigan commit Dylan McCaffrey of Valor Christian (Highlands Ranch, Colo.) sparked the West to its first score on the next possession. He found DeVonta Smith for a 38-yard pass, then Eno Benjamin broke off two long runs to get the West to the East 4-yard line. McCaffrey fumbled the next snap, however, and the West had to settle for a 26-yard field goal by Adam Stack with 2:32 to go in the half.

The East made it 17-3 at the very end of the second quarter on a 34-yard field goal by Joseph Bulovas.