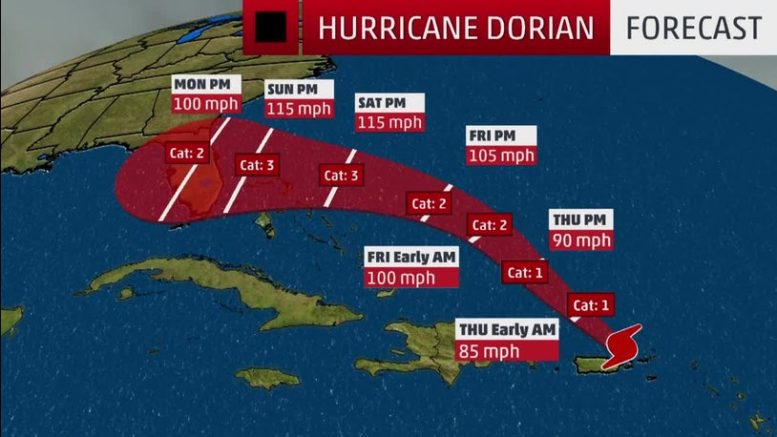 With Hurricane Dorian taking aim at Florida, school officials have decided to cancel Saturday’s scheduled game between national powers No. 9 St. Thomas Aquinas (Florida) and No. 18 Bergen Catholic (New Jersey). The game will not be rescheduled.

According to NJ.com’s JJ Conrad, BC is working to pick-up another game during its bye week in mid-September.

More on @BergenCathFBall cancellation: Coach Vito Campanile says the team is currently trying to fill its only remaining Open week (Sept. 13-14) and have been in contact with at least one Prep school. Says it's tough this late in the game, but they are trying. #NJFootball