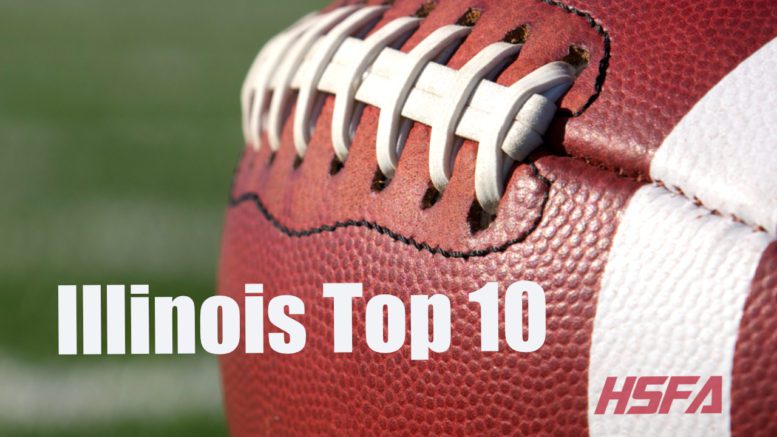 The merger of the Chicago Catholic League and the Eastern Suburban Catholic Conference is flexing its muscles in the latest High School Football America Illinois High School Football Top 10. Five teams from the 24-team, six division conference are currently ranked in the statewide rankings with two of them just outside of the Top 10.

Top-ranked Loyola Academy will be tested on the road this week against Chicago Mount Carmel, ranked No. 8 in the latest rankings that are created with our proprietary algorithm. This will be the Blue Division opener for both teams. Last week, the Blue Division’s other two teams — No. 6 Brother Rice and No. 7 Marist — suffered their first losses of the season.