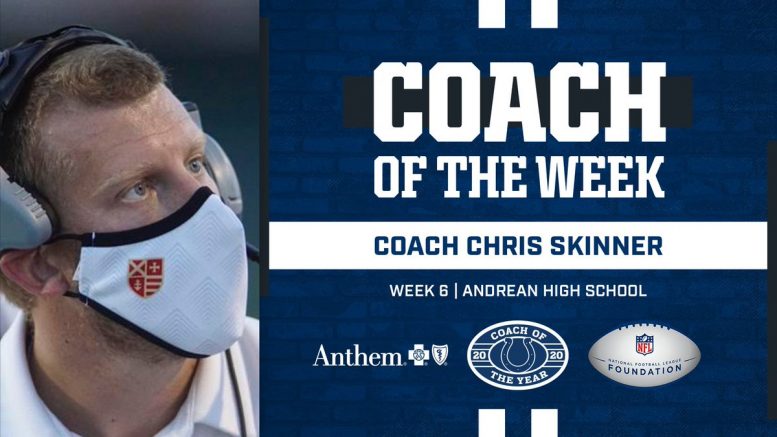 Andrean High School head football coach Chris Skinner is the Indianapolis Colts Coach of the Week for sixth week of the 2020 season. The award is presented by the NFL, the Colts and Anthem Blue Cross and Blue Shield.

Skinner was nominated and selected for the award after his Class 2A No. 1 Fighting 59ers defeated the Class 4A No. 3 Hobart Brickies 35-24. The opportunistic 59ers erased a 14-0 first quarter deficit by turning three Hobart turnovers into 21 points in the win.

The following coaches were recognized as honorable mentions for Week 6: