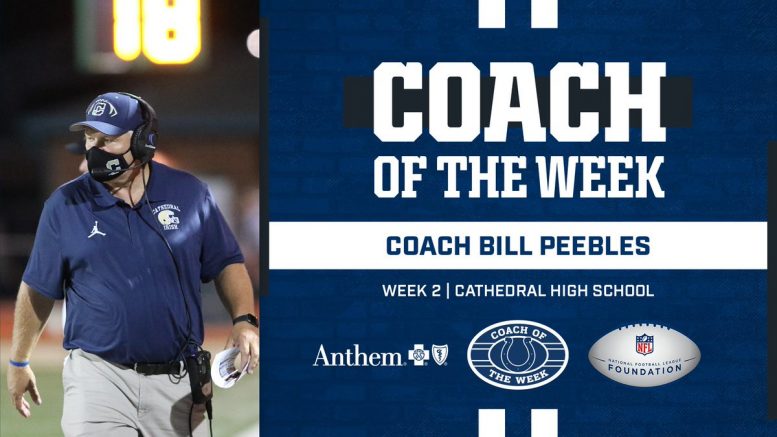 Bill Peebles of Cathedral High School has been named the Colts/NFL Coach of the Week, presented by Anthem Blue Cross and Blue Shield. Peebles, who is a Cathedral alum, was hired as the school’s head coach for the 2018 season.

Peebles was nominated and selected for the award after his Irish defeated Class 6A defending state champion Carmel, ranked No. 1 in the High School Football America Indiana Top 10, 44-28. This victory brought the Irish to 2-0 on the season.

Thank you to @ColtsYouthFB @Colts @JimIrsay for honoring Coach Peebles @Coachpeebs today with his High School Coach of the Week Award!! ☘️🏈 pic.twitter.com/ZpgzkXIHWE

The following coaches were recognized as honorable mentions for Week 2: