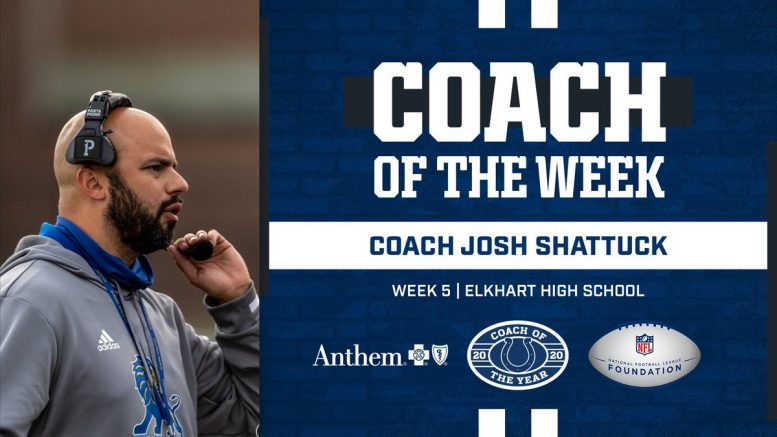 Josh Shattuck of Elkhart High School has been named the Indianapolis Colts/NFL Coach of the Week, presented by Anthem Blue Cross and Blue Shield.

Shattuck, who is 4-0 in his first year at the school, was nominated and selected for the award after his Class 6A, eighth-ranked Lions defeated Penn 20-19. It was the first time Penn has ever lost to Elkhart at Rice Field in Elkhart.

When you have a lights out staff and talented players who work hard, love one another and buy in to a program, the person in charge gets accolades.Honored and humbled for the recognition from @Colts, but this is a reflection of our staff, players, and managers. #footballtown #LTT https://t.co/Awso9zAtBO

The following coaches were recognized as honorable mentions for Week 5: