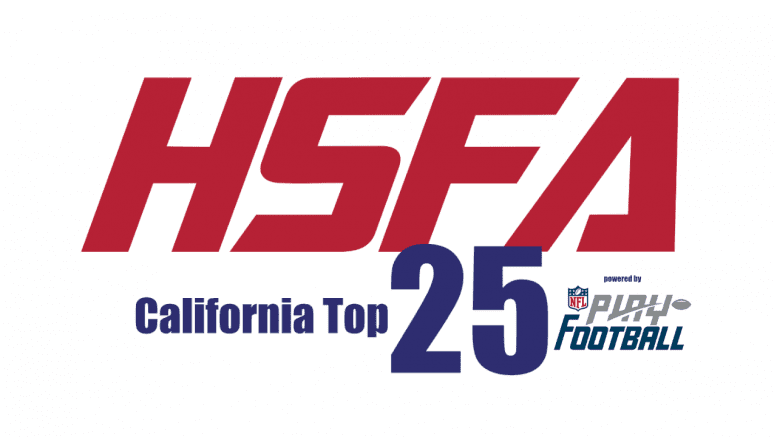 The Mater Dei/St. John Bosco has become a game that has captured the nation’s attention. The latest chapter in this Trinity League battle will be played Friday night in Bellflower on the campus of St. John Bosco.

Not only will the game answer the question of who’s the best in SoCal, at this point, but also who’s the best in all of California. The team rivals enter the game ranked No. 1 and No. 2 in the High School Football America California Top 25 high school football rankings.

The game will also officially start the national championship chase.

As far as the latest Cali Top 25, there is some slight movement this week. No. 11 Sierra Canyon moves-up three spots to No. 8 after beating former No. 7 Norco 35-21. Norco slips two spots to No. 9.

Mater Dei/Bosco headlines this week’s Top 25 schedule, but No. 3 Servite will also open Trinity League play against No. 12 Orange Lutheran.

The top of the Sunset League will be on the line when No. 10 Los Alamitos takes-on No. 17 Corona del Mar.