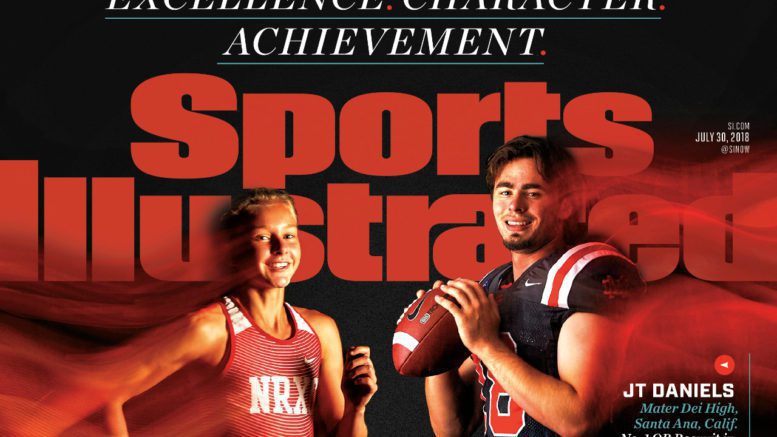 J.T. Daniels, our 2017 National Player of the Year, is still adding to his high school trophy case as he gets ready to challenge for the job of starting USC quarterback. Tuesday night, Daniels, who led Mater Dei (Santa Ana, California) to our “mythical” national championship last fall, was named the Gatorade Male Athlete of the Year.

Shortly after helping the Monarchs to their first-ever California state championship while passing for 4,123 yards and 52 touchdowns, Daniels announced that he was reclassifying so that he could enter college early, which makes him the first junior to win the Gatorade award.

Part of the honor is that Daniels is saluted on the cover of Sports Illustrated along with Female Athlete of the Year, Katelyn Tuohy of North Rockland High School in New York.