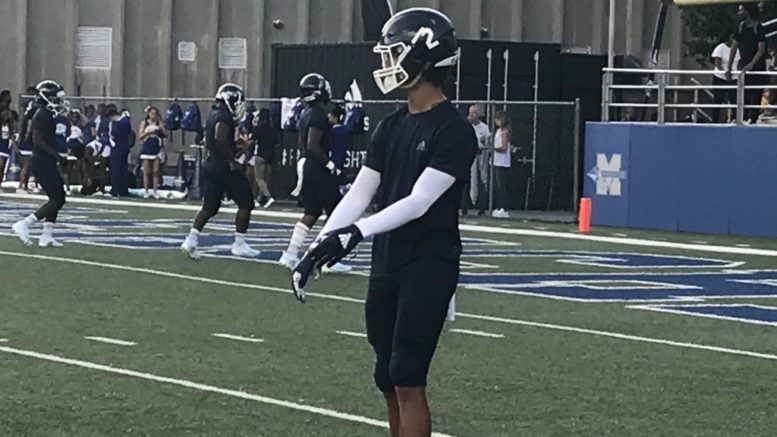 We don’t know where Cedar Grove’s Jadon Haselwood will play his college football next fall, but we do know that he will be going to some school as the 2018 Georgia high school football Player of the Year. On Thursday, the No. 1 receiver in the nation, according to the 247Sports.com composite rankings was named as the state’s All-classification POY.

Haselwood caught 53 passes for 1,032 yards and 11 touchdowns this past season, leading Cedar Grove to a AAA state title when he caught a touchdown pass with ten seconds left in the state championship game. The Saints finished No. 44 in the High School Football America 100 national rankings.

Haselwood was a two-way starter who also made 27 tackles as a safety with two interceptions returned for touchdowns. On special teams, he had to punt returns for scores.

The 5-star wide receiver is expected to make his college choice announcement January 5 during the U.S. Army All-American Bowl in San Antonio. Haselwood has identified Florida State, Georgia, Miami (Florida), Oklahoma and Tennessee had the finalists for his decision