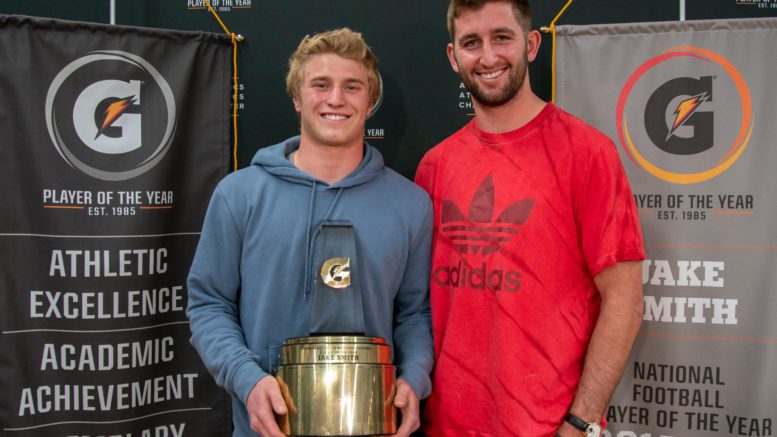 Smith, who is expected to sign with the Texas Longhorns during the early signing period next week, led the state with 39 touchdowns. Smith, who will focus on playing wide receiver in college, played multiple positions in high school, finishing with 5,446 total yards and 72 touchdowns.