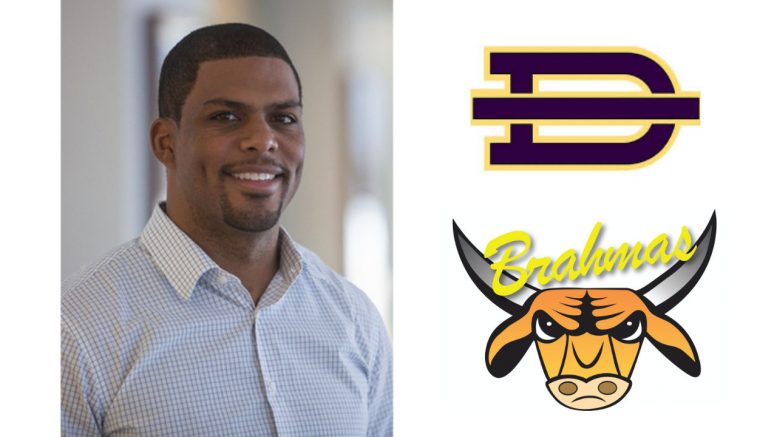 Earlier this week, the Washington Football Team made history when it hired Jason Wright as the organization’s Team President. Wright, a Southern California native, became the first African-American to ascend to that position for a National Football League team.

The road to the NFL front office began at Diamond Bar High School where Wright was a star running back on teams that won back-to-back CIF-Southern Section championships in 1998 and 1999.

In the ’98 Division II championship game, Wright scored all three of his team’s touchdowns in a 21-19 win over Chino. Wright carried the ball 19 times for 164 yards.

Wright had an outstanding senior season that saw him grab headlines throughout the year for the Brahmas, one of the top-ranked teams in SoCal. 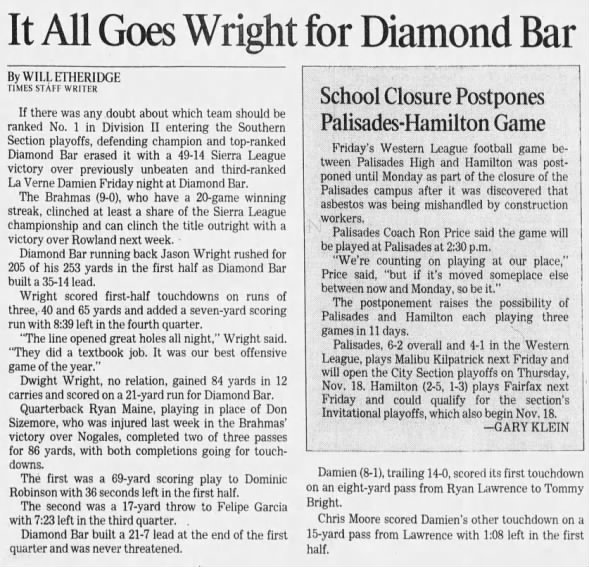 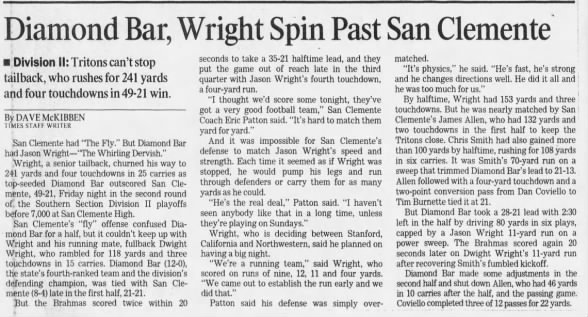 In the ’99 Division II championship game against Upland, Wright scored the game-winning touchdown in a 17-14 victory, which marked the Brahmas’ 25th straight victory. He scored the game-winner with :19 second to go in the game. He finished with 115 yards rushing.

After the game, he told the LA Times, “We were blessed tonight and by the grace of God we won a championship.”

After his senior season, Wright was named to the LA Times‘ San Gabriel Valley All-Star Football Team. He was also named as the newspaper’s Running Back of the Year for the area. 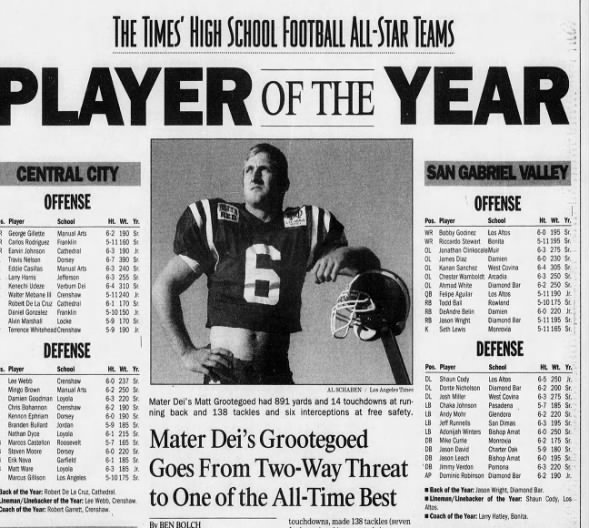 Wright was also named to the First Team CIF-SS All-Divisions squad and played in the California-Texas Shrine All-Star Game.

Wright accepted a scholarship to Northwestern University in Chicago. After college, he played in the NFL after signing with the San Francisco 49ers as an undrafted free agent in 2004. During his NFL career, he also played with the Arizona Cardinals, Atlanta Falcons and Cleveland Browns.