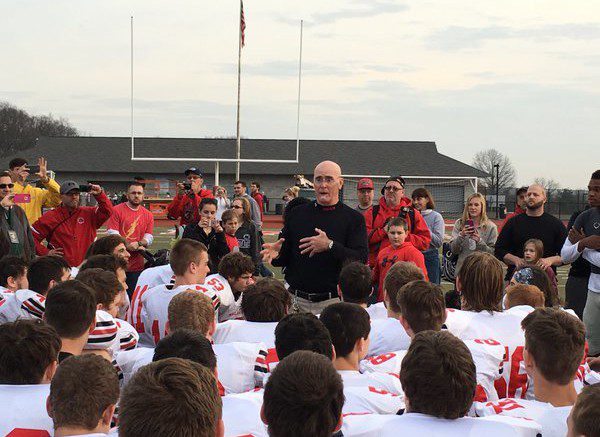 One of the classiest high school football coaches that I’ve had the privilege of knowing in my 40+ years of covering the sport is retiring.

Jim Morgans, who has two Pennsylvania state championships on his resume, has stepped-down as the head coach at Parkland High School.  In 33 years as a head coach, Morgans amassed a record of 262-137-1.

This past season, Morgans led Parkland to the PIAA 4A championship game where the Trojans lost to Pittsburgh Central Catholic, which finished #24 in the nation in the High School Football America Top 25.

Below watch a video on Coach Morgans’ decision from Dave Lesko, the Lehigh Valley’s best sportscaster.