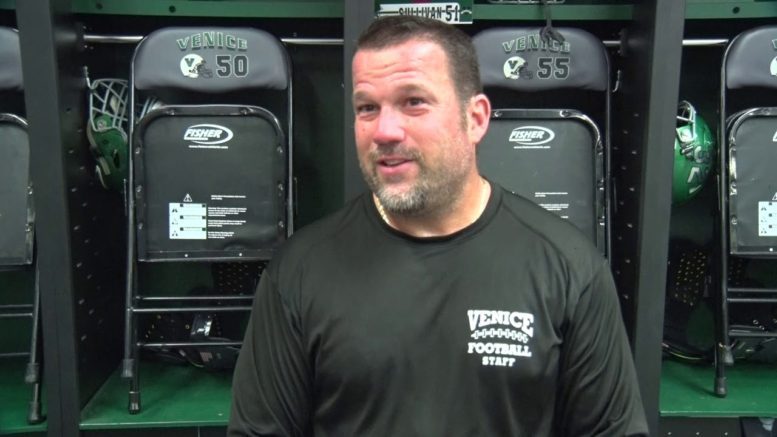 Less than two months after being fired, John Peacock is back in-charge of the Venice High School football program that won Florida’s 7A state championship last year, finishing No. 17 in the High School Football America 100.

Peacock was quoted in the Herald-Tribune saying he was relieved, “It’s been rough. When you put your heart and soul into something and you lose that, it’s been rough on my family and myself. We’re just extremely happy to receive a second chance.”

Peacock and his team will face Braden River in a district match-up on September 28.