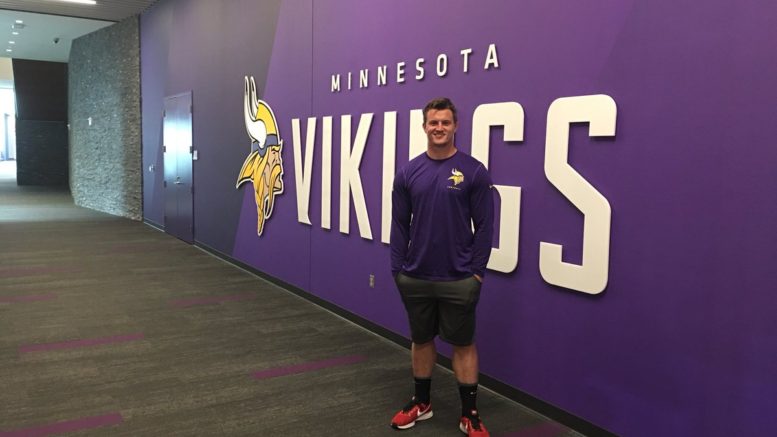 To say it’s been a long and winding road for Johnny Stanton would be an understatement. I first met Johnny when he was a star dual-threat quarterback for Santa Margarita High School in Southern California in 2012. At the time, Santa Margarita was ranked No. 1 in the nation by several national ratings services. After stops at the University of Nebraska, Saddleback College (JUCO) and UNLV, Stanton now finds himself in Minnesota in his first-ever NFL training camp. However, the former 4-star college football prospect is trying to make the NFL as a fullback.

Why a fullback? Well that needs a little explaining.

Quite simply, Stanton thought he’d have a better shot if he expanded his skill set. Heading into his Pro Day, he decided to train as a quarterback, linebacker, tight end and long snapper. You’ll notice I didn’t say fullback.

The Vikings invited him to their rookie mini camp where they worked him out as a tight end. Stanton impressed the Vikings enough to invite him on to the 90-man training camp roster. However, instead of wanting him as a tight end, the Vikings told him they wanted him as a fullback.

Below, you can listen to what Johnny thought about playing against River and his NFL journey on our 2 Minute Drill.

Last night I got to play in an NFL game against my best friend. That’s pretty cool I guess. @rivercracraft pic.twitter.com/CDi3QUIXkE