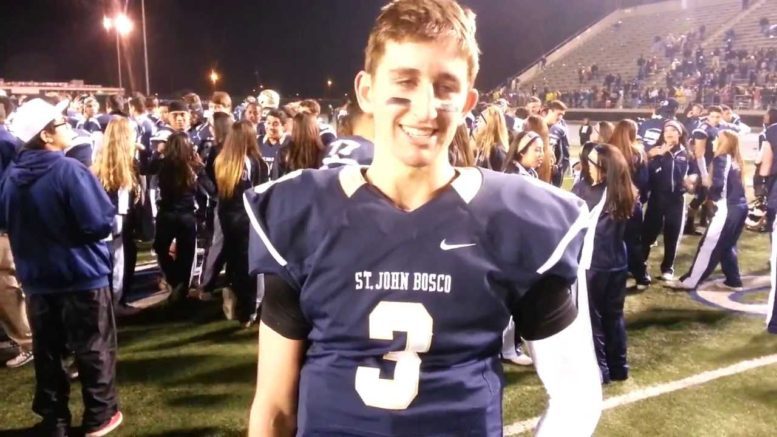 As many talking heads and experts pontificate on the upcoming NFL Combine in Indianapolis, we thought it would be fun to talk with Chad Johnson about one of the top prospects in the upcoming draft — UCLA quarterback Josh Rosen.

Johnson, who just became the head coach at Mission Viejo High School in California, was Rosen’s coach at St. John Bosco. Johnson was Bosco’s Offensive Coordinator and Quarterback Coach during his four years as a starter for the Braves.  Below is an interview I did with Johnson talking about what people may not know about Rosen, including the fact that he was a very good tennis player as a youngster.

Mission Viejo moves to 2-0 with another road win