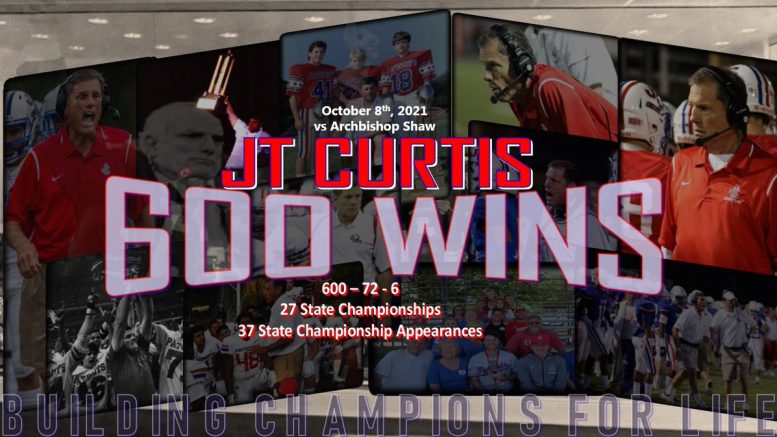 Curtis is second on the nation’s all-time wins list with a lifetime mark of 600-72-6. The late John McKissick from South Carolina is the leader with 621 wins.

In Virginia, Mike Smith of Hampton High School became the third coach behind McKissick and Curtis to reach 500 lifetime victories.

No high school football games in Louisiana until the state reaches Phase 4…AND there isn’t a Phase 4, right now