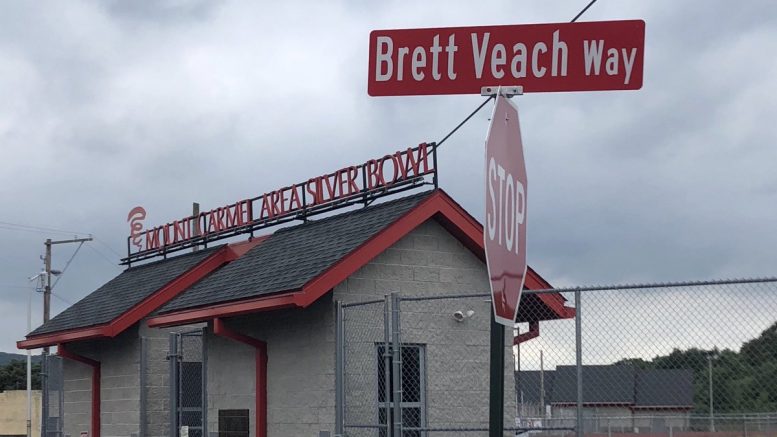 The Borough of Mount Carmel is home to Pennsylvania’s all-time winningest high school football team. The Red Tornadoes head into 2020 with 866 victories, which puts them No. 6 on America’s all-time wins list.

Current Kansas City Chief General Manager Brett Veach had a big hand in that win total during his career with the the Red Tornadoes in the 90’s. Now the town is honoring him by naming the street by Jazz Diminick Field at The Silver Bowl after the former outstanding running back.

Mount Carmel Area’s famous Silver Bowl now has a new address. In honor of the General Manager of the Super Bowl champion @Chiefs and MCA grad, it is now officially known as Brett Veach Way! pic.twitter.com/2CQEHYiaPX

Brett Veach Way honors a career that saw him lead Mount Carmel to a 1996 AA state championship while being named the Associated Press Small School Player of the Year. Veech ran for 2,163 yards during his senior year with 26 touchdowns. He also won a state title in ’94.

Veach left the school as its all-time leading rusher with over 5,000 career yards. 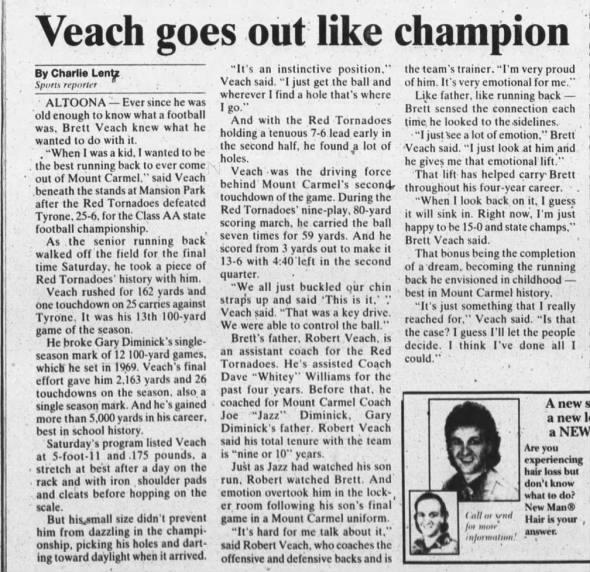 After finishing his final game of his high school football career, Veach told The Daily Sun:

“When I was a kid, I wanted to be the best running back to ever come out of Mount Carmel

Brett Veach, Mount Carmel running back in 1996 via The Daily Sun

While Brett left the school as THE best, it didn’t last long as his younger brother Jon smashed most of his records. Jon Veach remains the school’s all-time leading rusher with 7,103 yards from 1997-2000.

Where the brothers are tied is in the state championship category. Both own two state titles. Interestingly, both won titles as a sophomore and senior.