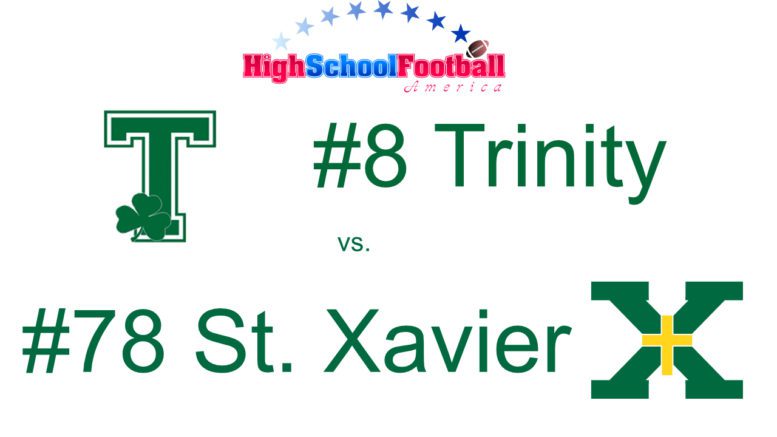 The Trinity/St. Xavier rivalry never needs any hype, but next Friday’s game will be another fun chapter in the series that began in 1956 and usually attracts over 30,000-plus fans to the battle between Louisville powers.

Trinity, ranked No. 8 in the latest High School Football America Top 100, will bring a 6-0 record into the game after Friday night’s 40-6 win over Jeffersontown.  St. X is ranked No. 78 in our national rankings that are developed with our proprietary algorithm.  Friday night, the Tigers (5-0) beat Pleasure Park Ridge 35-21 in a game between the No. 2 and No. 3 teams in our Kentucky Top 10.

Trinity will enter Friday’s game at Papa John’s Stadium having won 11 of the last 12 games in the series.  The Shamrocks lead the overall series 42-37-2.

Look for another big crowd for this one.

Below are the biggest crowds for this top series from a story by USA TODAY High School sports, our media partner.