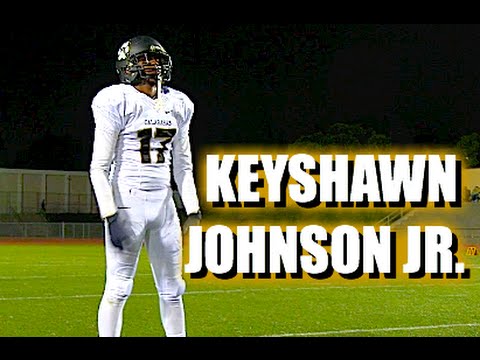 Keyshawn Johnson, Jr., son of 1996 NFL #1 pick Keyshawn Johnson, announced Wednesday that he’s headed to Nebraska, not USC, his father’s alma mater. The Calabasas senior-to-be, who had over 20 scholarship offers, will play for Cornhusker head coach Mike Riley, who coached his father when he was the receivers coach at USC.

Keyshawn Johnson Jr. has always followed in his dad’s footsteps, but will he blaze his own path now? #TheCommitmenthttps://t.co/CqiATXFPhW

No. 12 Calabasas opens with win over Dorsey in SoCal