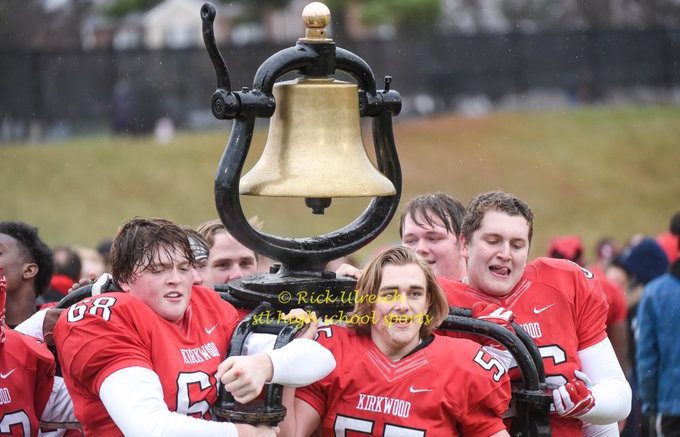 For the seventh straight year, Kirkwood owns the bragging rights in its annual Thanksgiving Day clash with Webster Groves. Thursday, the Pioneers beat Webster Groves 42-28 in what is considered the oldest high school football rivalry west of the Mississippi River.

Jay Maclin, a Missouri-recruit, scores five touchdowns, five receiving and one on a Pick-6 that covered 70 yards.

Here are some highlights just in case you were too busy eating yesterday and didn't catch the #TurkeyDay game. Kirkwood beat Webster Groves, 42-28 keeping the #FriscoBell for the 7th consecutive season. @KirkwoodFB @statesmensports pic.twitter.com/kcF46CVPME

The game is played for the Frisco Bell that was donated by the Frisco Railroad Company in the 50’s.

The biggest question is how many these two teams have gone together all-time and on Thanksgiving. The game hasn’t always been played on Turkey Day.

According to the Webster-Kirkwood Times, Kirkwood now leads the Thanksgiving series 43-37-5, while Webster Groves leads the all-time series 54-50-7.