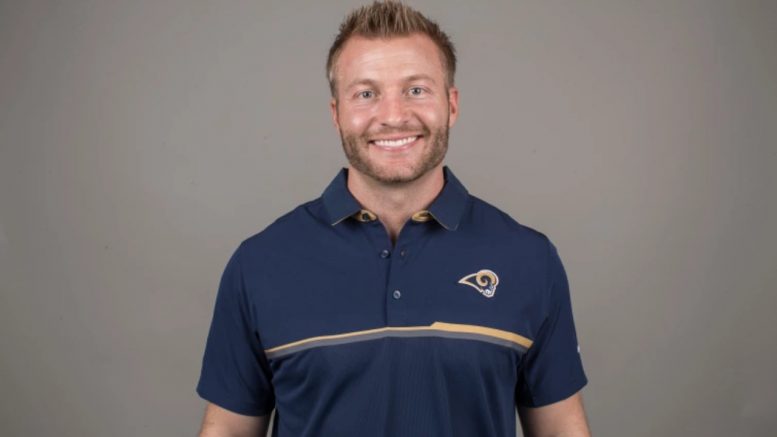 According to a team news release, McVay will spend 60 minutes with coaches from the California Interscholastic Federation’s (CIF) Southern Section and the Los Angeles and Inglewood Unified School Districts. It’s expected that 220 high school football coaches from more than 120 different schools will join the Zoom call.

During the 60-minute session, McVay will share insight about his leadership philosophies in times of adversity and how to drive competitive greatness. McVay, who will be entering his fourth year as the Rams’ head coach, will also field questions from participating coaches during a Q&A session.

McVay played his high school football in Georgia at Marist High School. He was a two-year starter at quarterback. During his senior season, McVay led Marist to a state championship.

What most people don’t know is that McVay beat-out Calvin Johnson of Sandy Creek High School as the state’s 4A Player of the Year during his senior season in 2003. Johnson was ranked as the top college football recruit in Georgia.

Sean’s father, Tim, was an all-state high school quarterback at Kettering Alter High School in Ohio. He’s a member of the school’s Hall of Fame after being a three-year starter.

John McVay served as a high school football coach at three high schools in Ohio in the 50’s.

Podcast: Bruce Rollinson talks about his No. 1 Mater Dei Monarchs

No. 6 St. Joseph Regional (Montvale, New Jersey) travels across the county to beat No. 34 JSerra (California)