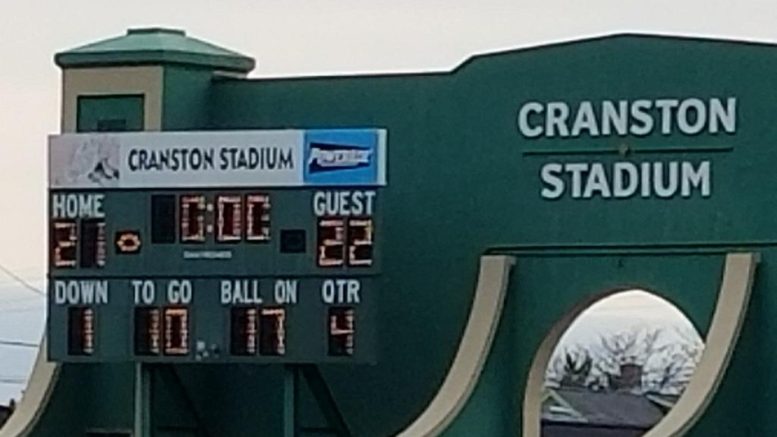 The game came-down to the end when sophomore quarterback Nate Lussier scored his third short rushing TD of the game with :38 to go.  Down 21-20, La Salle decided to go for two and the win and Lussier ran-in the two-point conversion for the win.

The win ended the Rams’ championship game struggles against Hendricken. La Salle lost to the Hawks in five of the last six State Championship Super Bowls.