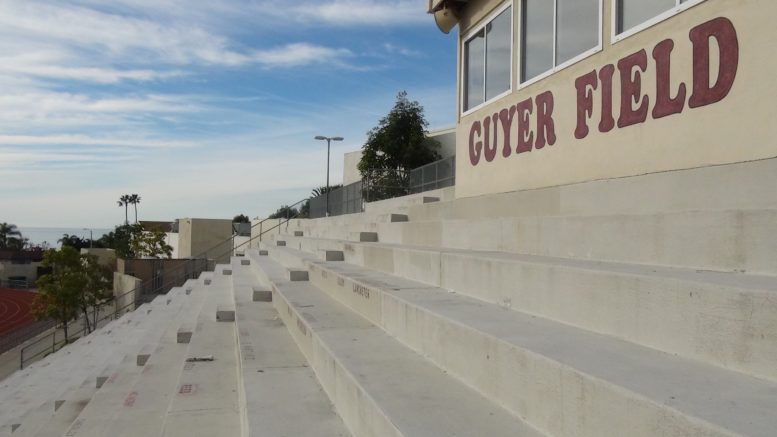 Laguna Beach High School, which may be better known for the MTV television show Laguna Beach: The Real Orange County, has what I believe is the best high school football field view in America.  As you can see be the photos, fans in the stands at Guyer Field have a very clear view of the Pacific Ocean.  The sunset can almost be a distraction for fans watching the game.

Guyer Field got a facelift with new turf in 2017.

Getting ready by reading