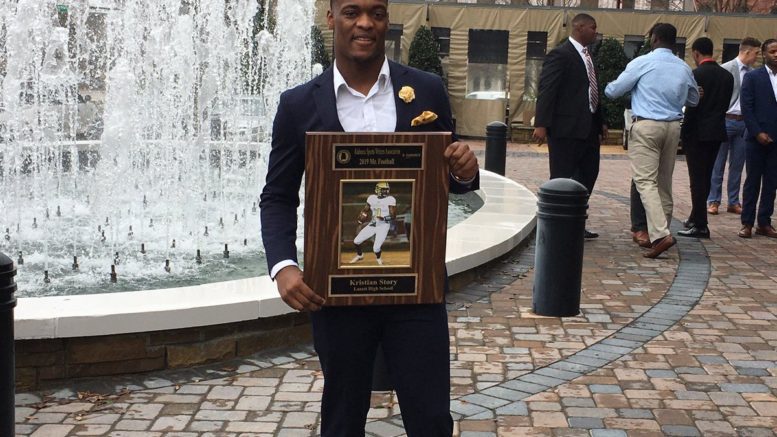 Story, who has already enrolled at the University of Alabama, led Lanett to the 1A state championship. He finished his senior season completing 162-of-237 passes for 2,865 yards and 33 touchdowns. He also had 1,151 yards rushing on 116 carries and 17 touchdowns.