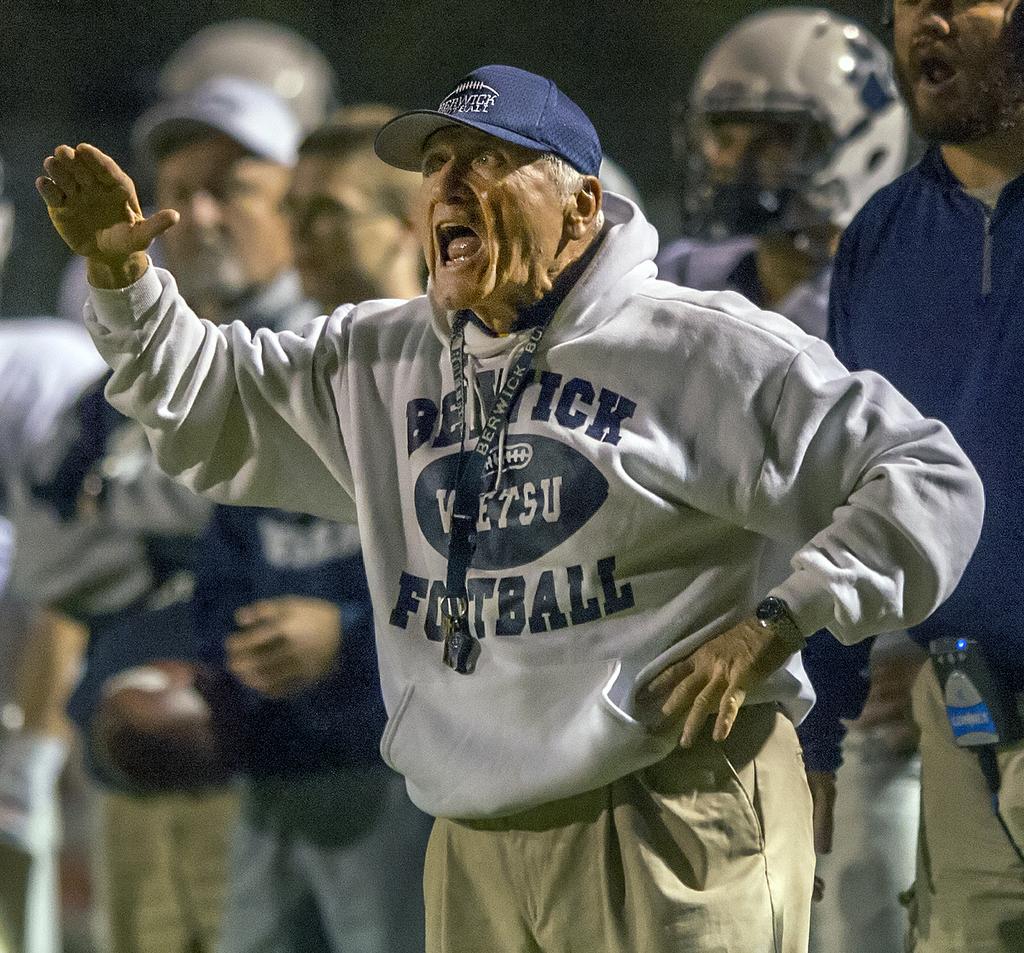 Today is a sad day for Pennsylvania high school football as it mourns the passing of George Curry, who led Berwick High School to national prominence with three “mythical” national championships that were bestowed on the Bulldogs by USA TODAY in 1983, 1992 and 1995. He was also named USA TODAY’s National Coach of the Year after the ’92 and ’95 seasons.

“Coach Curry was an ambassador for Pennsylvania football,” said Dave Mika, founder of EasternPAFootball.com and a Berwick native.  “George helped so many kids, not only at Berwick, but all over the state. Winning three ‘mythical’ national titles as a public school is extremely impressive.  But, the big thing about George is he was a great coach, a great father and a great man — he will be missed.”

Curry retired at the end of the 2015 season with 455 victories, which places him fifth on America’s all-time wins list.

Wayne Brookhart, Berwick Area School District Superintendent told the Citizens Voice, “His accomplishments obviously were vast, unprecedented not only at Berwick but across the state. He was a guy that would do anything for his players.  He had a profile that was enormous here, but his influence stretched outside this region.”

Midway through Curry’s farewell season, the coach who was known for his blue collar teams that mimicked his demeanor, announced he had ALS.  A cause of death hasn’t been released for the 71-year old Curry, who led the Bulldogs until 2005 when he stepped down as head coach, only to return in 2012.

Back in 2012, I spoke with Curry about his return to the program and town that he loved on the High School Football America Radio Show.  You can listen to that interview below.

Getting ready by reading