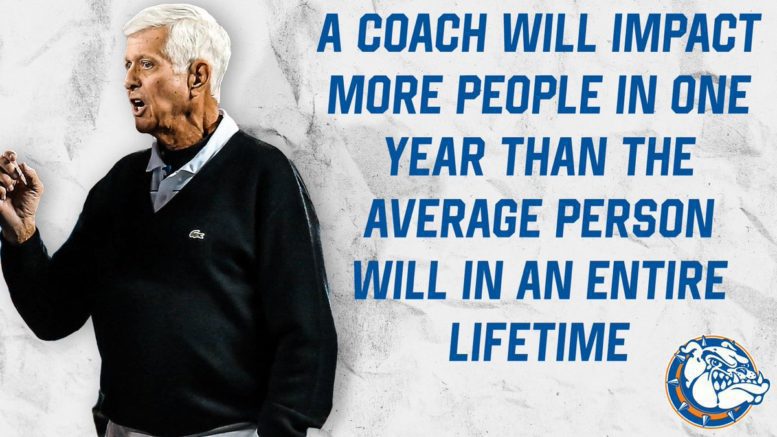 Rogers owns a lifetime record of 466-84-1, which included his time as the head coach at Jacksonville’s Robert E. Lee High School. 82 of those wins came in the postseason. Incredibly, none of his teams ever finished with a sub-.500 record.

Thank you for impacting generations of Bulldogs and the football community of Northeast Florida pic.twitter.com/QHwgxKp0JN

In 2011, I interviewed Coach Rogers on the High School Football America Radio Show, a week after he won his 400th game. You can listen to that interview below on our podcast.

Listen to Corky Rogers in 2011

One of Rogers’ former players, Chipper Jones, who played wide receiver for Bolles, took to Twitter to express his feelings for his coach.

To one of the most impactful coaches of my life:
I only got one yr with you, but I’m grateful for every second. U taught me that repetition, discipline and attention to detail…is what wins! Ur reputation and record speak for themselves. RIP Bolles football coach, Corky Rogers! pic.twitter.com/zj3Npi01Ug