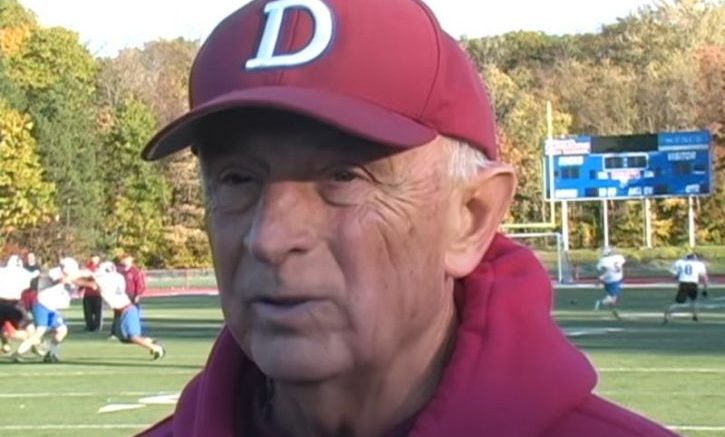 One of the winningest coaches in America — Jack Henzes of Dunmore High School in northeast Pennsylvania is stepping-down after an illustrious career that ends with 444 victories and a state championship in 1989. He retires with the second most football coaching victories in the state behind the late George Curry, who won 455 games.

Henzes sat out last season while recovering from heart surgery, but was expecting to return for his 53rd year in 2019.

Henzes told to Joby Fawcett of The Times-Tribune:

“I had a difficult decision to make. I never thought it would happen this way. But for the good of the program, and the next head coach, it had to be done so they can get to work. hDunmore is a wonderful community, a great school system, with a great administration. I have enjoyed my time and I will miss the camaraderie and the competition, and most of all the kids.”

Henzes, who began his head coaching career at Wyoming Area, retires with a lifetime record of 444-168-8.

Coach Henzes joined me on the High School Football America Radio Show in 2015 when he was one win away from 400 victories. You can listen to that interview below.