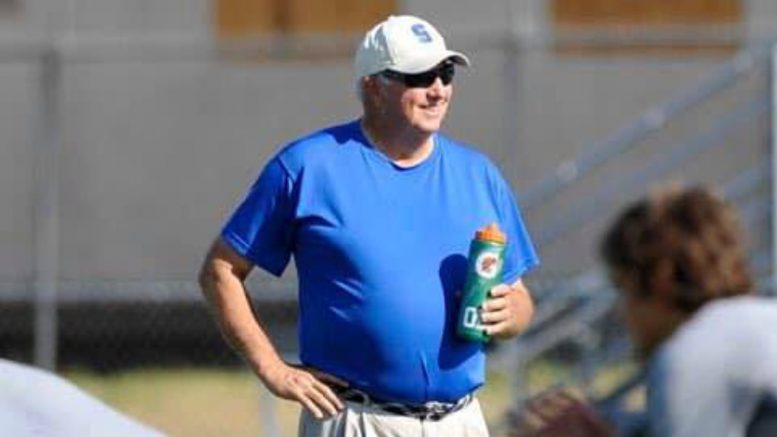 Hebert “Sonny” Detmer, who is considered one of the early proponents of football’s wide-open passing game, is dead at the age of 76. Detmer, who is the father of former NFL quarterbacks Ty and Koy Detmer, passed away on Tuesday.

The elder Detmer spent over three decades as a high school football coach in the Lone Star State. He amassed a lifetime record of 235-141-2 with three stops at Somerset, plus head coaching jobs at Mission and Southwest. Detmer was sitting-out this season as Somerset’s head coach during the coronavirus pandemic.

Before Ty headed to Brigham Young University to win a Heisman Trophy, he and his dad made Southwest High, the football team to see in-person in the mid-80’s. Sonny inserted his son into the role of starting quarterback during Ty’s sophomore year in 1984.

To put Ty’s numbers in perspective, his 8,005 career yards don’t even put him in the Top 100 in career high school passing yardage in 2020. 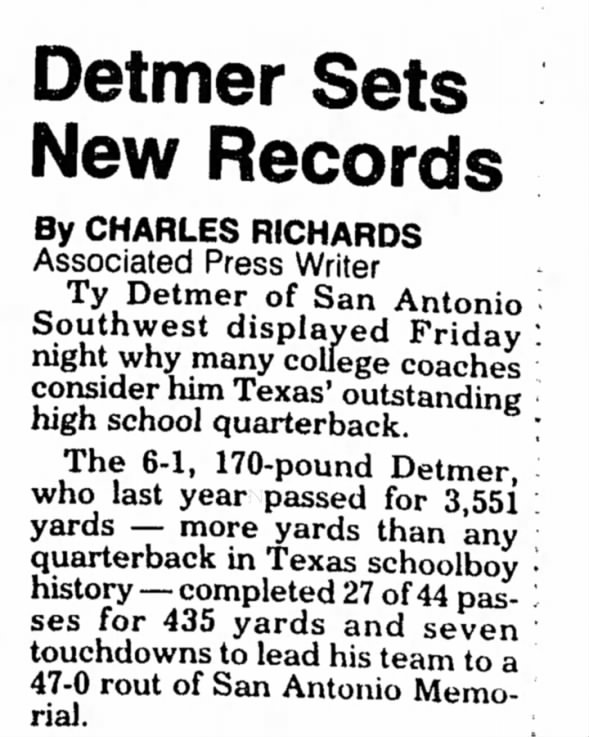 Then came Koy’s career at Mission High where he broke Ty’s state records. Koy left high school with 8,221 yards passing with 82 touchdowns. In his final high school game, Koy completed a then national record 44 passes in a game. Koy Detmer is still tied for 12th on the all-time list in that category. 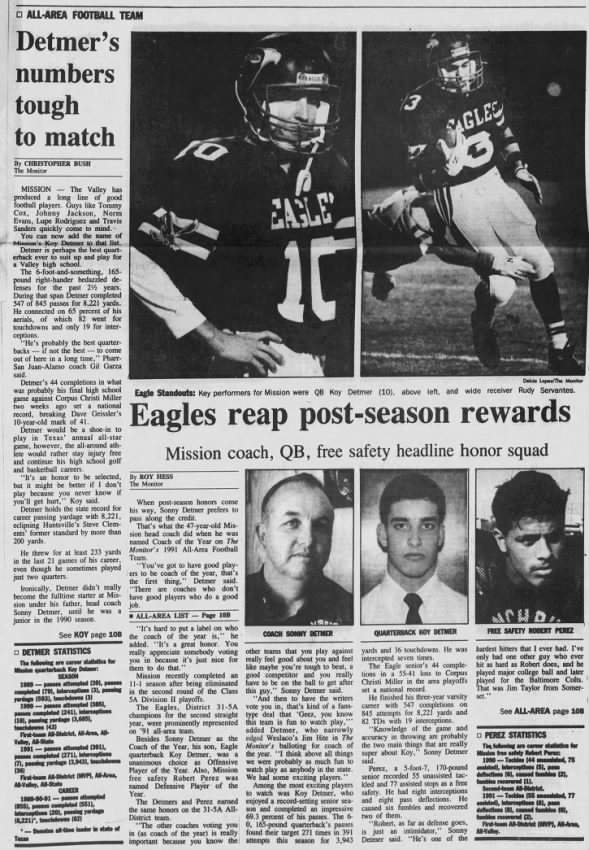 Both Ty and Koy have spent time in the family business of coaching after their NFL careers. In 2009, Ty was named the head football coach at St. Andrew’s Episcopal School before going to BYU to become an offensive coordinator. Koy is in his fifth season as the head coach at Mission, his alma mater.