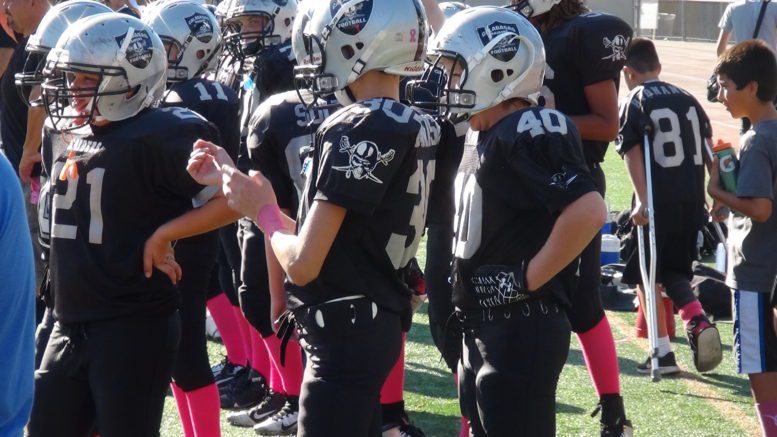 There’s a lot of excitement across California as the result of a tweet Thursday night announcing that the bill called “Safe Football Act” was pulled from from a vote in the Arts, Entertainment, Sports, Tourism and Internet Media Committee in Sacramento, thus ending, the push to ban tackle football for children under the age of twelve. The announcement came via Save California Football (@SaveCAFootball).

Jason Ingman
Sacramento, CA
APR 26, 2018 — Moments ago, the bill to ban youth football in California was pulled by the author and will NOT be heard in committee next week!

Big shout out to @CoachFore
Our Save Youth Football – California Coalition would never have been formed without his direct assistance and leadership.

“We are very excited that the author of this bill decided to kill it before it was heard in the Committee on Arts, Entertainment, Sports, Tourism and Internet Media on May 1,” said Chris Fore, a lifelong high school football coach and administrator who was an early supporter of the movement against the legislation. “The Committee suggested amendments to the bill after meeting members of the Save Youth Football Coalition (Todd Bloomstine, Ron White, Jason Ingman, and Joe Rafter) as well as leadership from USA Football and Pop Warner. This took a total team effort from youth football leaders all up and down the state. It’s a great day for the future of youth tackle football here in California.”

The original bill, that was submitted February 7, called for no tackle football until high school, but was then reduced from 9th grade to the age of 12. Neither of the bill’s sponsors — Kevin McCarty (D-Sacramento) and Lorena Gonzalez Fletcher (D-San Diego) — have made public comment on why the bill wasn’t brought to a vote in committee, although it is believed there weren’t enough votes on the seven-person committee in favor of the legislation.

At the writing of this story, nearly 46,000 people signed a petition at Change.org against the legislations.