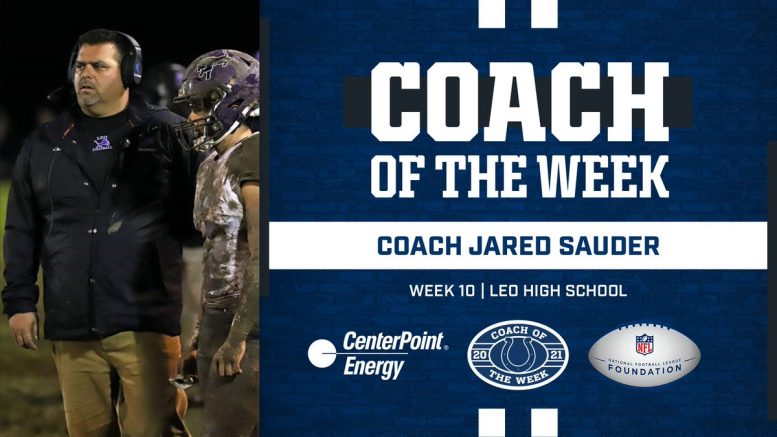 The Indianapolis Colts name Jared Sauder of Leo High School as the Week 10 High School Coach of the Week.

Sauder’s Lions are ranked second in the Class 4A state poll. This week they play DeKalb in the second round of the state playoffs.

At the conclusion of the high school season, each winning coach will receive a $1,000 donation from the NFL Foundation, as well as a commemorative plaque. What’s more, CenterPoint Energy will contribute an additional $1,000 to the school’s athletic fund.

2021 Colts/NFL Coach of the Week, presented by CenterPoint Energy, Winners