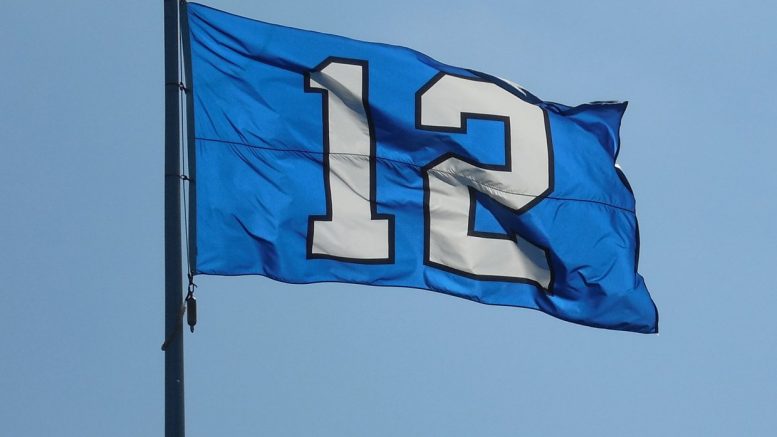 The honor of raising the Seattle Seahawks’ 12th Man flag before Sunday’s game against the Dallas Cowboys goes to Lincoln High School head coach Masaki Matsumoto and his team. Matsumoto has been the Abes’ head coach since 2015 when he took over former NFL quarterback and Lincoln alum Jon Kitna.

Thank you for all you have done for the community! 👏 pic.twitter.com/RRi0iTwGds

Being a 12 is being a part of this community and this team.

Our second flag raiser of the season: Lincoln High School head football coach Masaki Matsumoto. Coach Matsumoto and the Lincoln football team were selected for their commitment to their community during the pandemic. Although their football season this fall was cancelled, they chose to spend their time volunteering twice a week at the Tacoma Rescue Mission.

We are blessed so let’s bless others pic.twitter.com/OVTsYWZigb

Matsumoto, a Washington native, returned to his home state after a highly-successful stint at Los Angeles’ Bernstein High School where he amassed a 29-8 record in three seasons. Before Coach Matsumoto took-over the Bernstein program, the Dragons had only won four of 40 games after the school opened in 2008.

In 2013, Matsumoto made national headlines when he asked the parents of his players to write a letter telling them how much they loved them.

In 1984, the Seahawks retired the number 12 jersey to honor their fans, who are known as some of the noisiest in football. The tradition of raising the flag began in 2003.

The State of Washington has postponed high school football until next Spring due to the coronavirus pandemic.