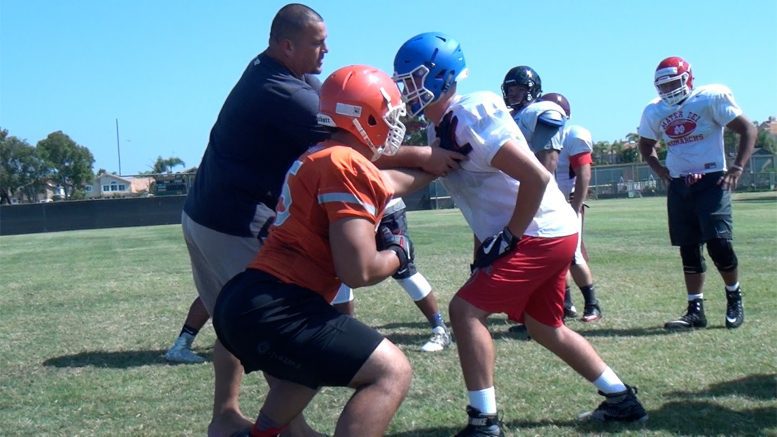 With four Super Bowl rings from his time with the San Francisco 49ers, Jesse Sapolu knows a thing-or-two about offensive and defensive line play.  That’s why in 2009, Sapolu, who played center and offensive guard during his NFL career, started the Jesse Sapolu’s Men in the Trenches Academy or MIIT for short.

Saturday marked the end of 20 weeks of coaching by Sapolu and his group of coaches, who focus on what most fans don’t — up-front.

Words can’t express the gratitude we have for these men (& few who are missing). TY for your dedication & another wonderful off season. pic.twitter.com/0BtVL4hwL9

On Facebook LIVE, I spoke with Sapolu, who played his entire career with the Niners, about his goals with MITT.  You can listen to that interview below.

MITT gives high school and elementary/middle school linemen the opportunity to learn all the nuances about the offensive and defensive line while getting to compete against other top linemen in the country.

Mater Dei’s (Santa Ana, California) Tommy Brown has been attending MITT since his sophomore year.  The Alabama-recruit says that Sapolu turned him into the 4-star college prospect that he is. Bishop Gorman (Las Vegas, Nevada) tackle Jacob Isaia, who has 25 college offers, also credits Sapolu with helping his game.  You can hear what both players say about Jesse below.

The Turnaround: Look back and forward