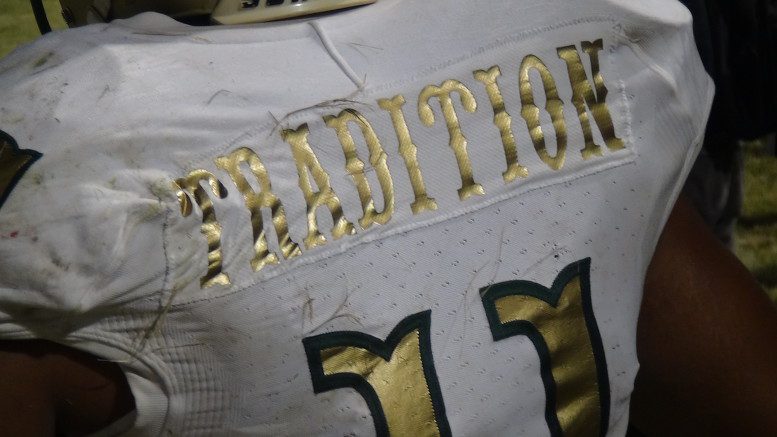 Long Beach Poly has never been afraid to play a top flight non-league schedule and 2016 will be no different.

On October 28th, IMG Academy (Bradenton, Florida), which finished #7 in last year’s High School Football America National Top 25, will travel to Southern California for the second time in the year to face Poly at Veterans Stadium.  As was previously announced here, IMG will square-off with Corona Centennial on September 3rd in the 2016 Honor Bowl.

Poly kicks-off the 2016 season on August 26th with Los Alamitos, which is interesting because both teams call Veterans Stadium home.

Last season, Poly finished 8-2 on the field, but four forfeits meant that the Jackrabbits missed the postseason for the first time since 1979.