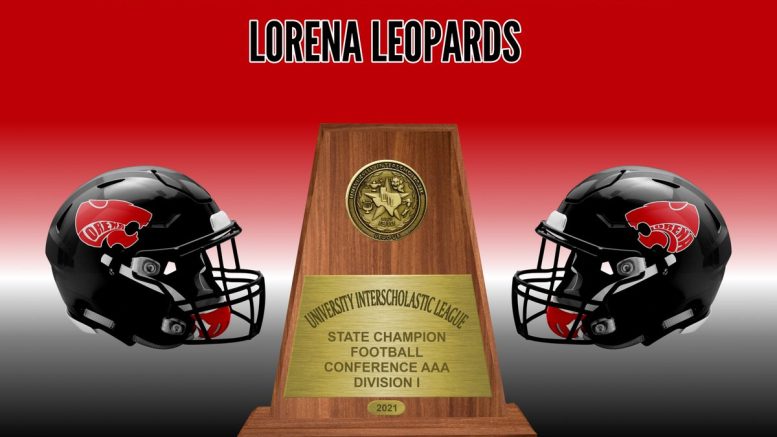 The Lorena High School Football program is a Texas high school football champ for the first time since 1989. Thursday at AT&T Stadium, home of the Dallas Cowboys, the Leopards beat Brock 35-18 to win the Class 3A Division I state championship.

Head coach Ray Biles, who’s been at the school for 30 years, not only won his first title, but his 200th career game on Thursday.

Lorena, which finishes 14-2, got a big game from quarterback Ryne Abel and running back Rhett Hanson. Abel ran for 163 yards and a touchdown. Hanson rushed for 196 yards and three touchdowns.