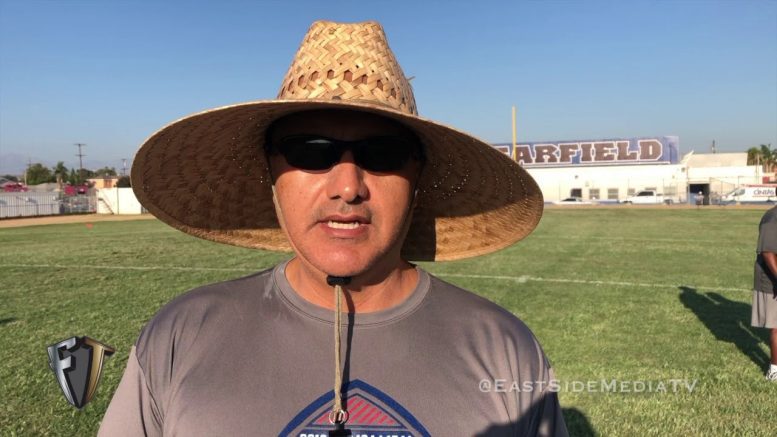 Los Angeles Rams defensive lineman Sebastian Joseph-Day did an end-run during his virtual chat with Garfield High head coach Lorenzo Hernandez and his players. After his Q&A with the Garfield players, Joseph-Day surprised Coach Hernandez with the news that the Rams were donating $5,500 to his program, in addition to naming him as their 2020-21 High School Coach of the Year.

Below you can watch the announcement.

Hernandez has been a coach in the Garfield program for two decades, the last 18 as the Bulldogs’ head coach.

In 2018, Hernandez led Garfield to California’s 4-A championship game. Aside from a runner-up finish that year, Hernandez has registered 12 Eastern League Championships, a 3A CIF-LA Section Championship and a 4A CA State CIF Regional Championship.

Hernandez is now in the running for the annual Don Shula NFL High School Coach of the Year Award.

During Joseph-Day’s chat, he talked to the Garfield players about his childhood, his football journey and perseverance. He also fielded questions from the student-athletes.

Joseph-Day played his high school football at Stroudsburg High in the Pocono Mountains of Pennsylvania.

Since returning home to Los Angeles in 2016, the Rams have recognized five High School Coach of the Year honorees and donated a total of $13,500 to benefit each of their high school football programs.

See what the Rams are doing in the community