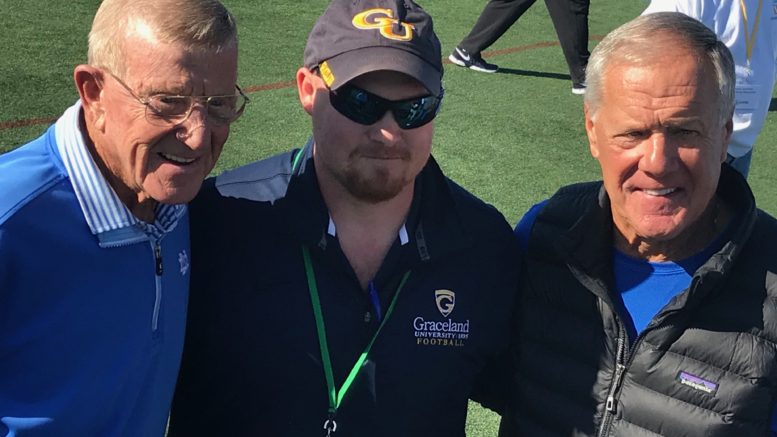 The California Showcase is free to academically eligible high school players, who did not sign an NCAA Division I letter of intent.  The players worked-out for coaches from over 50 NCAA Division II, III and the NAIA football programs from around America.

For the student-athletes that attended Saturday’s camp, they were greeted by a sign letting them know that during the first five years, over 600 players were helped with over $18 million in financial aid. 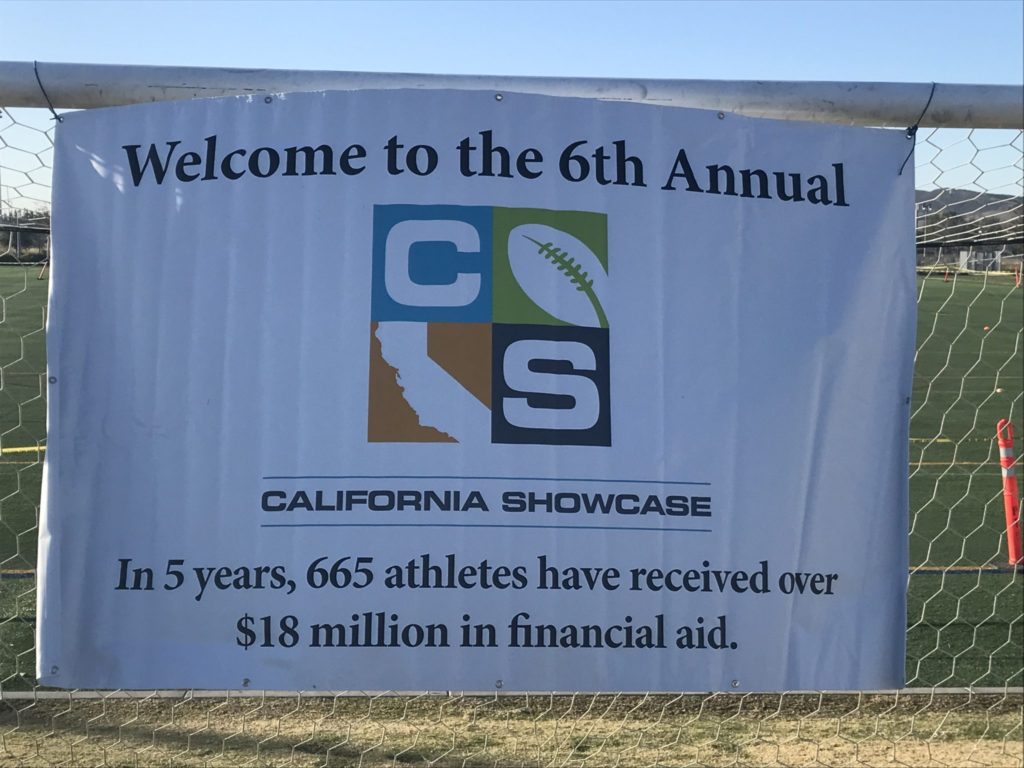 Aside from the chance to workout for college coaches, the players heard an inspirational message from legendary coach Lou Holtz. 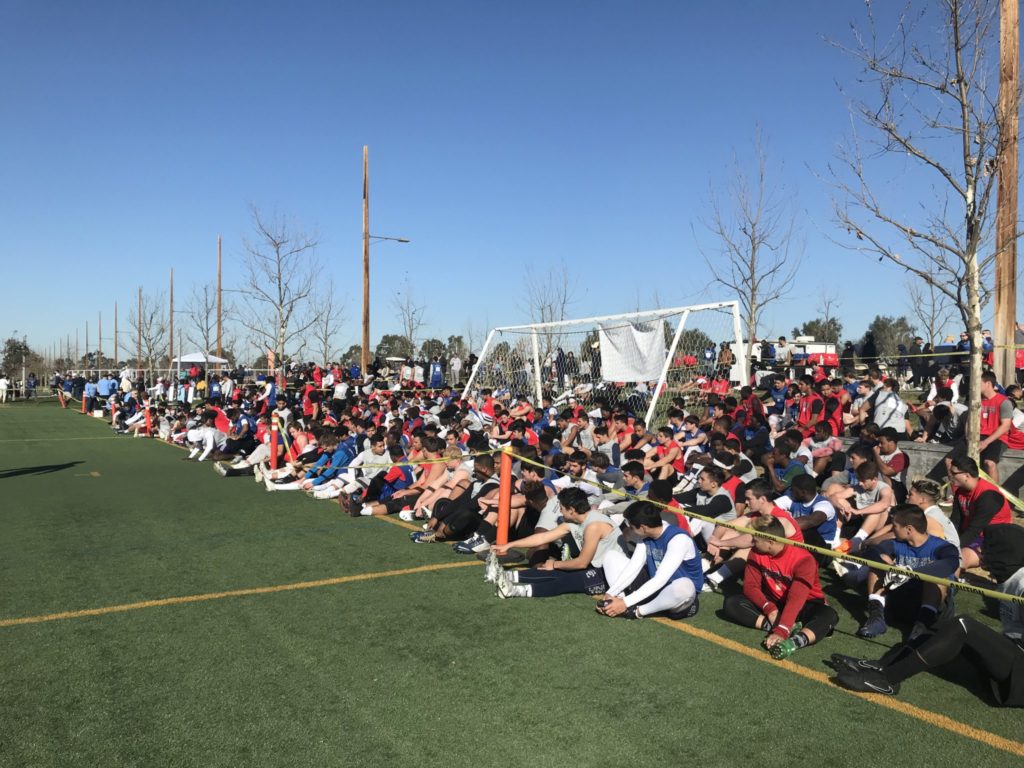