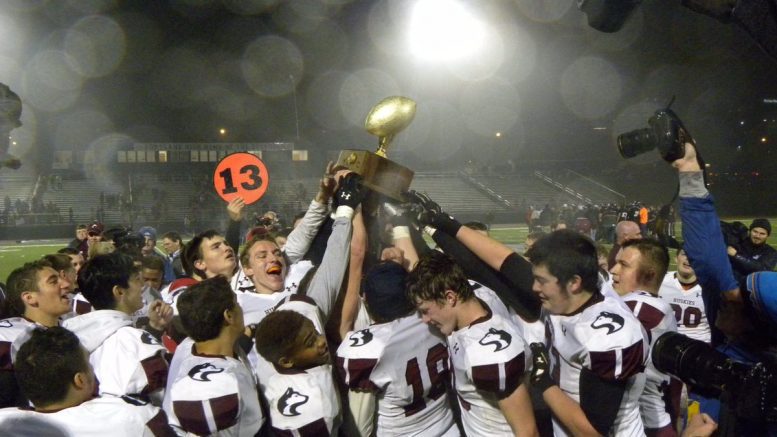 MCI was going to try to win the game with a 37-yard field goal on the last play of the game, but a botched snap resulted in holder Eli Bussell scoring on a 20-yard scramble as time expired.  The touchdown capped a comeback from 14-0.

Bussell told the Portland Press Herald, “It’s amazing. It feels impossible to put into words. It’s the best feeling I’ve ever had,” Bussell said. “Indescribable. It was an amazing feeling.”

Incredible. The Maine Central Institute Huskies bobble the FG try, but the holder takes it in for the touchdown to win the state title: pic.twitter.com/gDDVw3rW2o

The state championship was the first for MCI in 42 years.