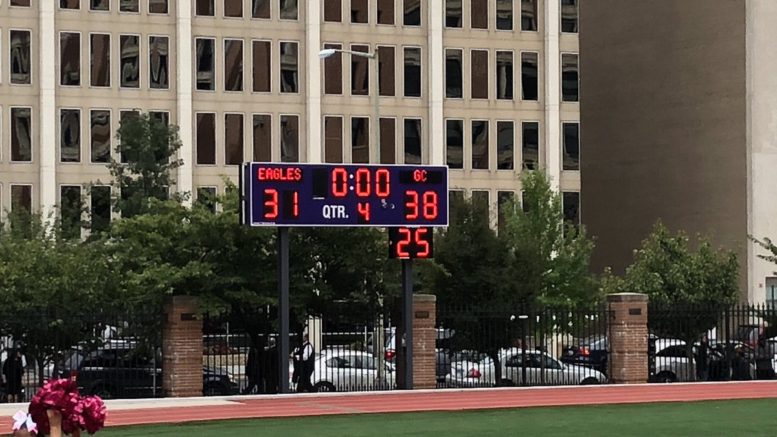 There aren’t many weeks off when it comes to playing in the Washington Catholic Athletic Conference. Saturday, No. 10 Good Counsel opened WCAC play by beating No. 49 Gonzaga 38-31, which sets-up a High School Football America 100 showdown between the Falcons, ranked No. 10 in the latest national rankings, and No. 3 St. John’s College High School (Washington, D.C.) next Friday on national television.

On offense, the Falcons were led by Sy-Veon Wilkerson, who rushed for 262 yards that included a 67 yard touchdown run with under two minutes to play that gave GC a 38-28 lead.

On defense, Justin Jackson had two interceptions, including a Pick-6.

No. 5 Good Counsel (@OLGCHS) topped No. 2 Gonzaga, 38-31, thanks in part to reserve defensive back Justin Jackson, who had two interceptions. pic.twitter.com/51As7SSO1W

No. 13 Colquitt County comes back to defeated No. 30 Grayson in Georgia battle