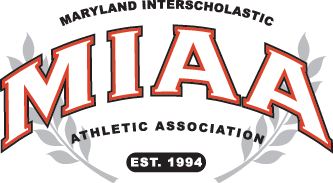 Is Mount St. Joseph’s (Baltimore) decision to not play St. Frances Academy (Baltimore) this year a sign of the times?

After consultation with our board of directors, our administration, our athletic director and our head coach, we have informed the league and St. Frances Academy that we will not play football this year. With considerable research and much reflection, we no longer seem to share the same vision of the league in educating young people with a goal to foster a safe and healthy competitive environment (Article Two, Mission Statement- MIAA Constitution). We feel the spirit of the league Constitution, which discourages transfers for athletic purposes, is what we uphold as incongruent with other member schools.

After much deliberation, there is significant agreement that St. Frances has moved their program to a level that we are not interested in competing at or with. If their goal is to be a national power competing against like schools we wish them success, but that is not our goal nor our mission in athletics.

Loyola Blakefield has already made a statement by stepping out of the conference completely for a period of time. We are not seeking that, but we join with them in a decision that is for the safety of our students.

The two schools, who were scheduled to play October 27, are members of the Maryland Interscholastic Athletic Association’s A Conference that includes the aforementioned Loyola Blakefield, Archbishop Spalding, Calvert Hall, Gilman and  McDonogh. SFA won the conference championship last season, which included a 37-22 regular season win over Mount St. Joseph. That was the closest game that St. Frances played in the conference in 2017.

Over the past two seasons, St. Frances has ramped-up its football program, finishing last season ranked No. 8 in the High School Football America Top 100 with a perfect 13-0 record that included wins over national powers Bingham (Utah) and Don Bosco Prep (New Jersey). The Panthers, who have been attracting several high profile recruits that has elevated the program into the national championship competition.

According to a story in the Baltimore Sun, George E. Andrews, Jr., president of Mount St. Joseph, is quoted as saying that MSJ had safety concerns about playing St. Frances, “We communicated the reasoning behind our decision to the MIAA and have also been in communication with the athletic department at St. Frances. This has been an ongoing conversation with the MIAA since December of 2017. Our goal is to foster a safe and healthy competitive environment for all our student athletes and we do not wish to comment any further on the matter.”