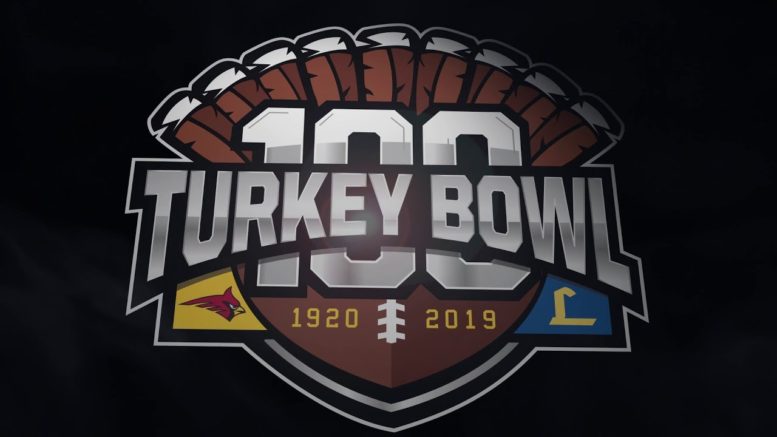 Thursday morning will mark the 100th game between Baltimore-area schools Calvert Hall and Loyola Blakefield in the game known as the Turkey Bowl.

It’s been an evenly matched series with Loyola looking for its 50th win in the series. The Dons enter the game with a 49-42-8 mark against their arch-rivals. However, Calvert Hall has won five in a row in the series.

The series officially started in 1920 with the first Thanksgiving Day game being played in 1929. Through the years, the Turkey Bowl has been played in larger stadiums befitting the importance of the contest. Memorial Stadium, which served as the home of the NFL’s Baltimore Colts and Major League Baseball’s Baltimore Orioles, hosted the contest for many years. The game was then moved to the home of the NFL’s Baltimore Ravens (M&T Bank Stadium) before relocating to its current home — Johnny Unitas Stadium at Towson University.

Calvert Hall enters the game ranked No. 6 in our Maryland Top 10, while Loyola is No. 10 in our statewide rankings.